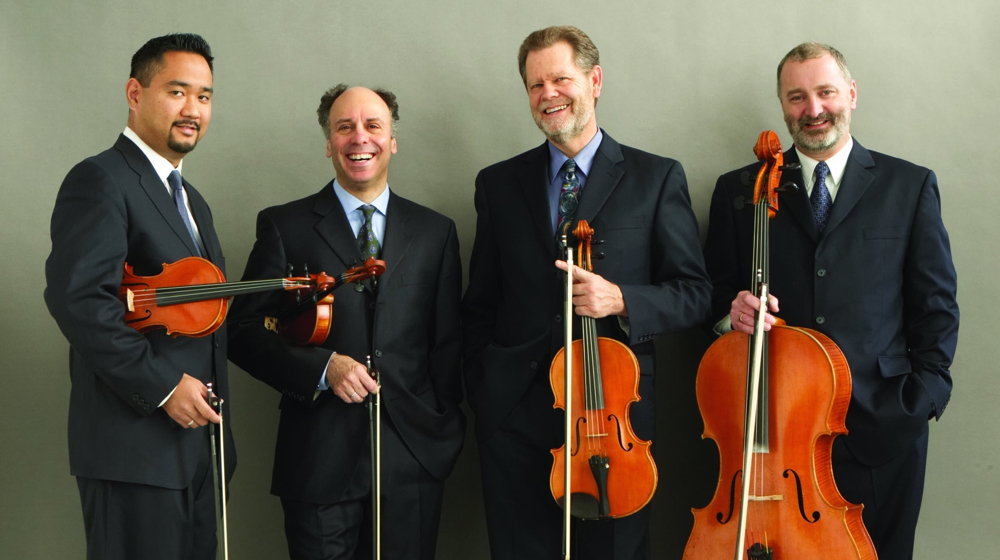 Celebrated for their performances of “uncompromising power, intensity and spiritual depth”, the internationally acclaimed Alexander String Quartet will return to Lincoln Hall on Sunday, February 28, 2016 at 2:00 PM.  They promise to warm your hearts and lift late-winter spirits with passionate and soulful performances of master chamber works – truly world class music making right here in the Allegheny River Valley.

Celebrating its 35th Anniversary in 2016, the Alexander String Quartet has performed in the major music capitals of five continents, securing its standing among the world’s premier ensembles. Widely admired for its interpretations of Beethoven, Mozart, and Shostakovich, the quartet’s recordings have won international critical acclaim.

Join us and be inspired by these consummate artists who critics have said “seemed not so much to be playing the music as breathing it.”

Become an ARCA member at the $100 level and meet the artists after the concert!  ARCA Membership donations of $100 and above (which are received before February 28) will entitle those Bronze and above members to attend a post-concert Meet the Artist reception at RiverStone Mansion with the Alexander String Quartet.  You may Become a Member online entitling to you to experience this wine and cheese reception at the stately and beautiful RiverStone estate. 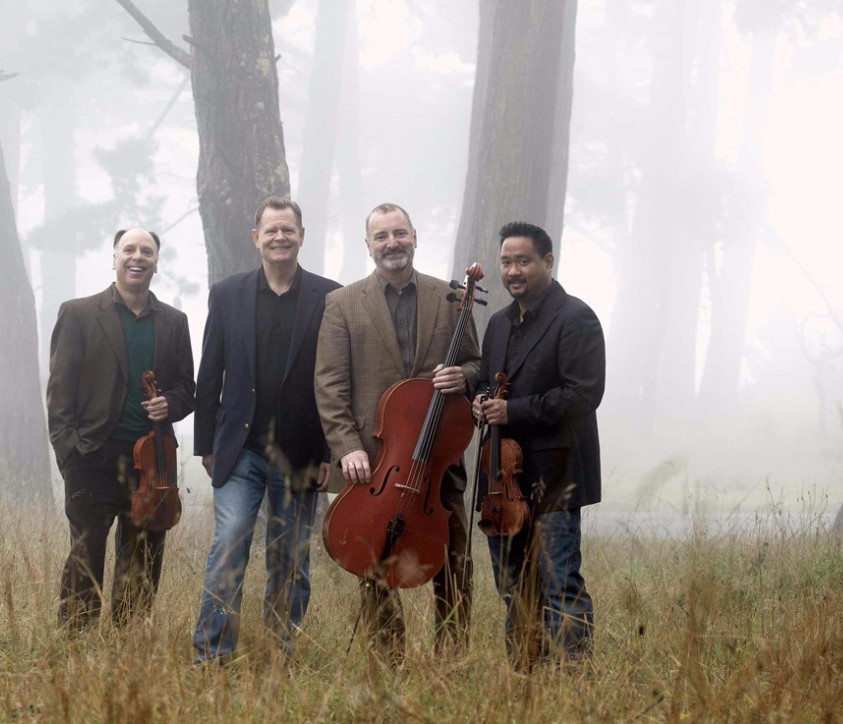 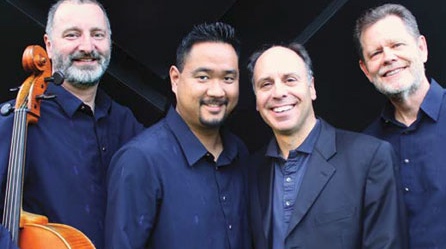 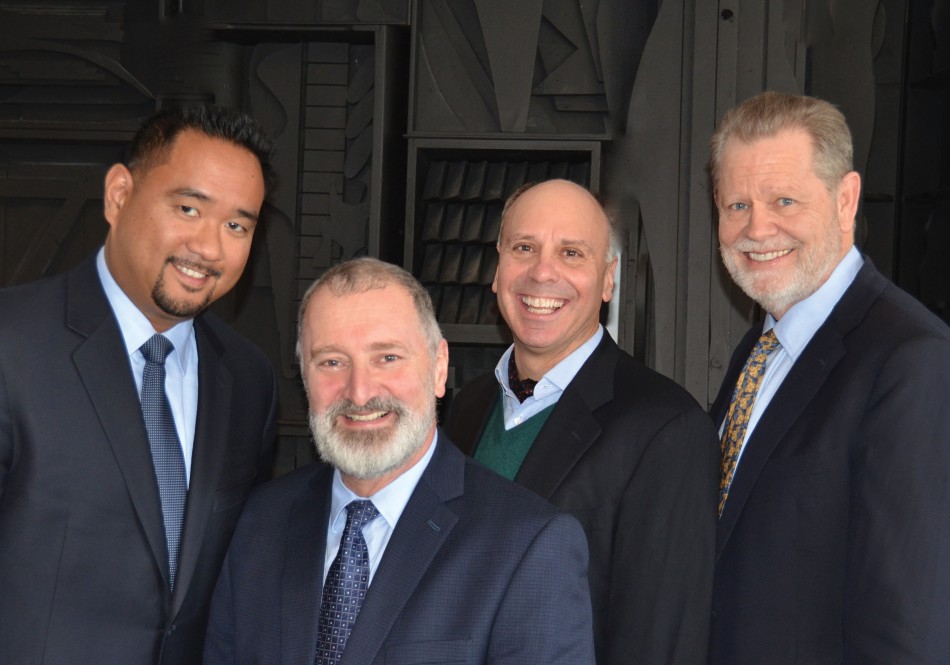 Allegheny RiverStone Center for the Arts welcomes back the Alexander String Quartet to perform a chamber music concert of some of the most beloved works of the string quartet literature on Sunday, February 28 at 2:00 PM in Lincoln Hall.

The 2016 concert of the Alexander String Quartet is dedicated to the memory of the late Dr. William Steffee, brother of ARCA’s founder and President, Dr. Arthur Steffee.   For many years, Dr. William Steffee sponsored a concert by the ASQ in Cleveland following its annual residency at Allegheny College in Meadville, from which institution both Steffees received their undergraduate degrees.  Also, whenever the ensemble performed in Foxburg, “Bill” was always in the audience in Lincoln Hall, enjoying the exquisite musicianship and magnanimous humanity of these remarkable artists.

This year the Alexander String Quartet’s concert in Foxburg immediately precedes the ensemble’s residency at Allegheny College, which residency also is sponsored in memory of the late Dr. William Steffee, a former trustee of the College and the Cleveland Orchestra.

The ensemble has earned international renown for its interdisciplinary residencies for institutions of higher learning and their communities. During its annual residencies at Allegheny College, a tradition that began in 1990, the quartet visits classes across the academic disciplines.  In addition to meeting with music classes, the ASQ will talk with students in English, dance, psychology, neuroscience and mathematics classes. Their residency will take them from a class in business and management ethics to a seminar in writing fiction. They will also be visiting with students from First District School in Meadville. 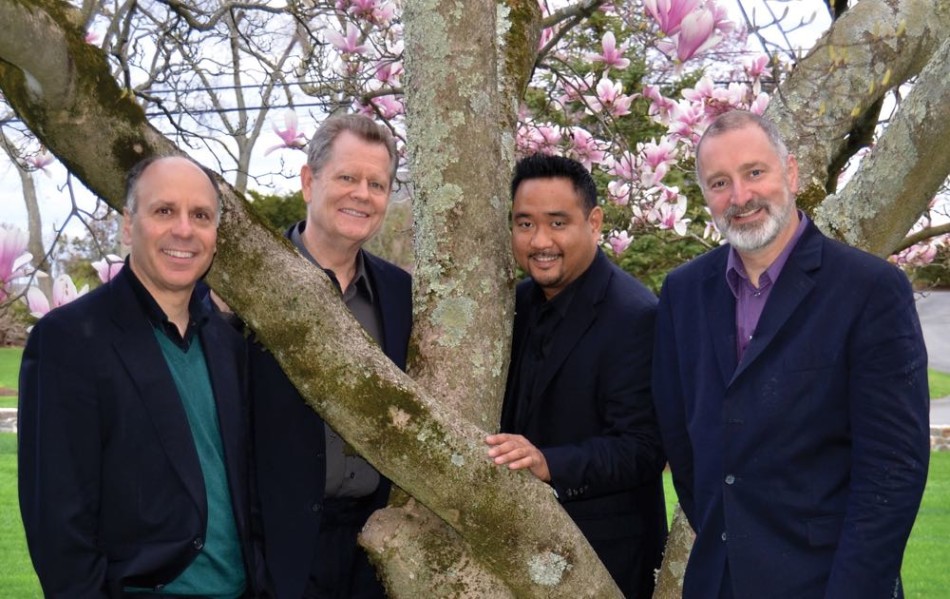 Having celebrated its 30th Anniversary in 2011, the Alexander String Quartet has performed in the major music capitals of five continents, securing its standing among the world’s premier ensembles. Widely admired for its interpretations of Beethoven, Mozart, and Shostakovich, the quartet’s recordings of the Beethoven cycle (twice), Bartók, and Shostakovich cycle have won international critical acclaim. The quartet has also established itself as an important advocate of new music through over 25 commissions from such composers as Jake Heggie, Cindy Cox, Augusta Read Thomas, Robert Greenberg, Martin Bresnick, Cesar Cano, and Pulitzer Prize-winner Wayne Peterson. A new work by Tarik O’Regan, commissioned for the Alexander by the Boise Chamber Music Series, will have its premiere in 2016.

The Alexander String Quartet is a major artistic presence in its home base of San Francisco, serving since 1989 as Ensemble in Residence of San Francisco Performances and Directors of the Morrison Chamber Music Center in the College of Liberal and Creative Arts at San Francisco State University.

The Alexander String Quartet’s annual calendar of concerts includes engagements at major halls throughout North America and Europe.  The quartet has appeared at Lincoln Center, the 92nd Street Y, and the Metropolitan Museum in New York City; Jordan Hall in Boston; the Library of Congress and Dumbarton Oaks in Washington; and chamber music societies and universities across the North American continent.  Recent overseas tours have brought them to the U.K., the Czech Republic, the Netherlands, Italy, Germany, Spain, Portugal, Switzerland, France, Greece, the Republic of Georgia, Argentina, Panamá, and the Philippines. They will return to Poland for their debut performances at the Beethoven Easter Festival in 2015.

The Alexander String Quartet added considerably to its distinguished and wide-ranging discography over the past decade, now recording exclusively for the FoghornClassics label. There were three major releases in the 2013-2014 season: The combined string quartet cycles of Bartók and Kodály, recorded on the renowned Ellen M. Egger matched quartet of instruments built by San Francisco luthier, Francis Kuttner (If ever an album had “Grammy nominee” written on its front cover, this is it.” –Audiophile Audition); the string quintets and sextets of Brahms with Toby Appel and David Requiro (“a uniquely detailed, transparent warmth” –Strings Magazine); and the Schumann and Brahms piano quintets with Joyce Yang (“passionate, soulful readings of two pinnacles of the chamber repertory” –The New York Times).  Their recording of music of Gershwin and Kern was released in the summer of 2012, following the spring 2012 recording of the clarinet quintet of Brahms and a new quintet from César Cano, in collaboration with Joan Enric Lluna, as well as a disc in collaboration with the San Francisco Choral Artists.  Next to be released will be an album of works by Cindy Cox.

The Alexander’s 2009 release of the complete Beethoven cycle was described by Music Web International as performances  “uncompromising in power, intensity and spiritual depth,” while Strings Magazine described the set as “a landmark journey through the greatest of all quartet cycles.”  The FoghornClassics label released a three-CD set (Homage) of the Mozart quartets dedicated to Haydn in 2004.  Foghorn released the a six-CD album (Fragments) of the complete Shostakovich quartets in 2006 and 2007, and a recording of the complete quartets of Pulitzer prize-winning San Francisco composer, Wayne Peterson, was released in the spring of 2008.  BMG Classics released the quartet’s first recording of Beethoven cycle on its Arte Nova label to tremendous critical acclaim in 1999.