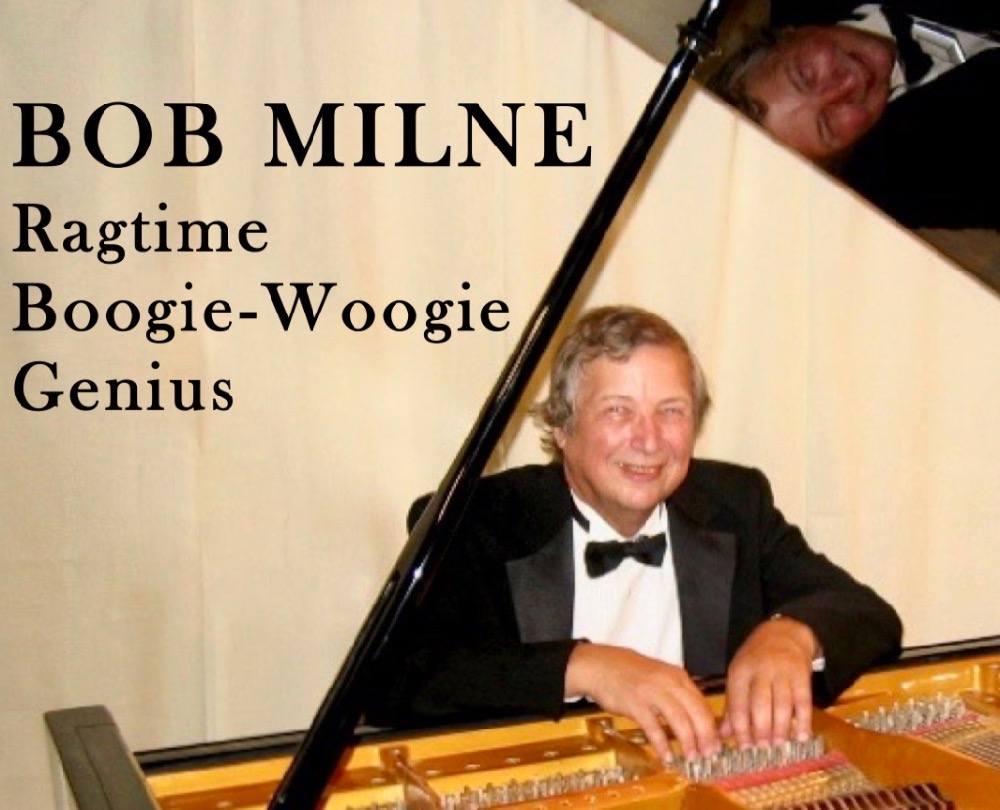 Ragtime and Boogie-woogie Piano at its best!

Hailed “A National Treasure” by the Library of Congress and considered to be the best Ragtime/Boogie-woogie pianist in the world, BOB MILNE has charmed and entertained audiences across the country and around the world with his spectacular keyboard artistry, sharing his passion and knowledge.

Revel in the joyous music of that era in the hands of a master on Sunday, November 4 at 2:00 PM with Bob Milne at the Lincoln Hall Steinway. 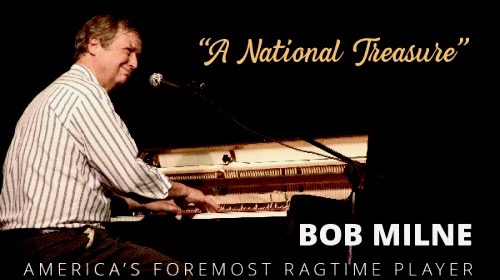 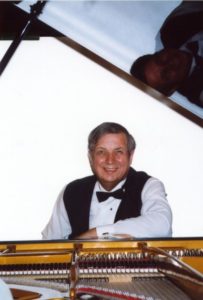 Bob Milne is considered to be the best ragtime/boogie-woogie pianist in the world. He was filmed and documented for future generations in 2004 during three days of interviews at the Library of Congress, and was declared a National Treasure at the conclusion.

Mr. Milne is an active Musical Ambassador for the United States Dept. of State, and has performed numerous times in Japan, including the Okinawan Islands and Hokkaido. He has also performed in this capacity for members of the Swiss Parliament at the U.S. Embassy in Berne.

Mr. Milne’s natural ability to hear and play music goes back to his early childhood. He makes the statement, I knew how to play a piano longbefore I ever started. Just push down the notes you hear and the instrument will play itself. Can’t everyone do this? He considers either looking at music or practicing to be cheating.

A French horn player in High School, he went to the prestigious Eastman School of Music at the age of 17, and then became assistant First Horn in the Rochester Philharmonic at age 19. After symphony concerts the students all went and hung out in local places. When the piano player didn’t show up at a sing-a-long saloon one night, Mr. Milne filled in. They hired him on the spot. He continued playing the horn until age 21, then became a full time piano player in the Detroit area, playing seven nights a week for twenty five years. 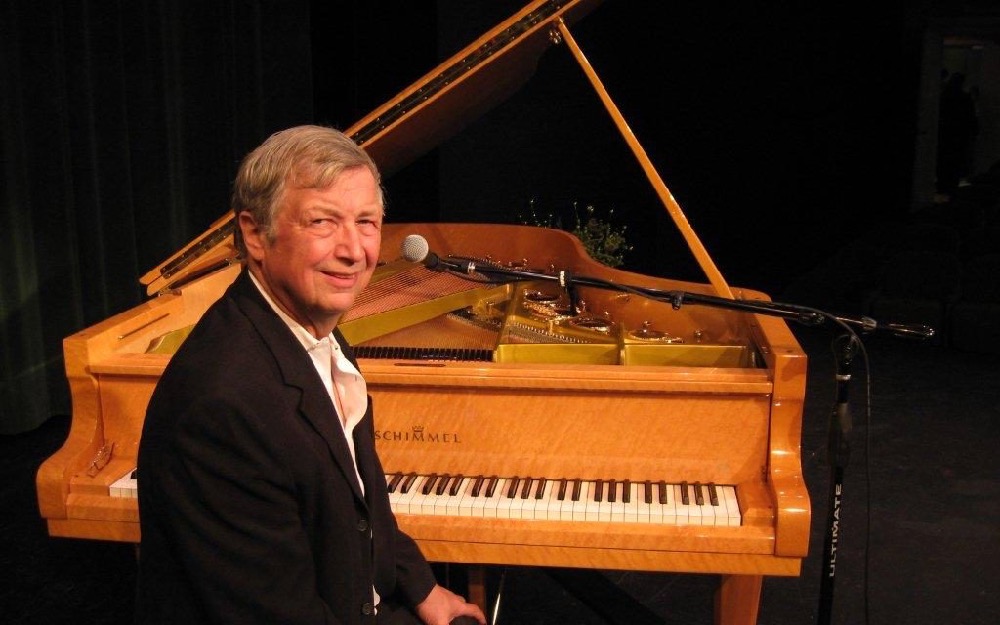 Playing in concert halls now since 1991, Mr. Milne plays worldwide every year. A comment often heard following one of his performances is, unbelievable. He teaches music history at various universities around the country, and is also the founder and director of the Frankenmuth Ragtime Festival in Michigan.

Bob Milne teaches music and music history at Florida/Atlantic University every winter for Lifelong Learning. His courses are among the most popular in the curriculum. 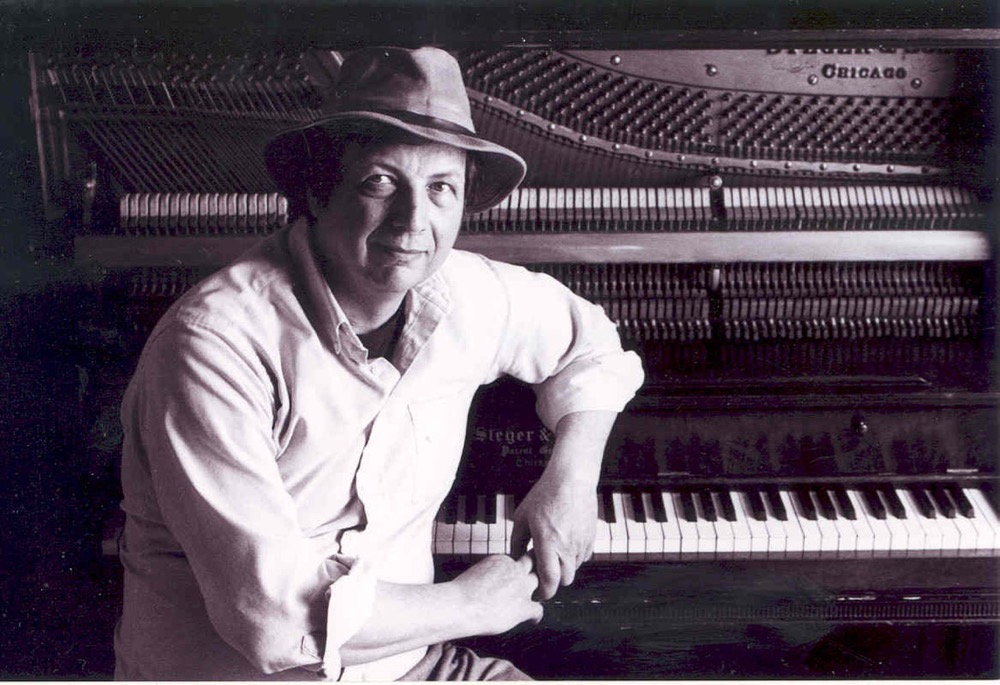 Mr. Milne has been averaging somewhere in the area of 250 performances per year. He is highly sought after for both his incredible piano playing and easy going, modest presentations. He claims, If I have been given any ability at all, it is my duty to honor it by trying to improve that ability every time I perform. The list of music festivals he’s appeared at is extensive. They include the Scott Joplin Ragtime Festival (Sedalia, Missouri), the Montreal Jazz Festival, the Eau Claire Ragtime Festival, Sacramento Ragtime Festive, plus many others.

Mr. Milne is also the founder of the Michigan Music Retreat, a four-day event held in his hometown every September during which he teaches music and music history to students of all ages. “You can’t educate a piano,” he says, “but you can educate yourself to know everything about it.”