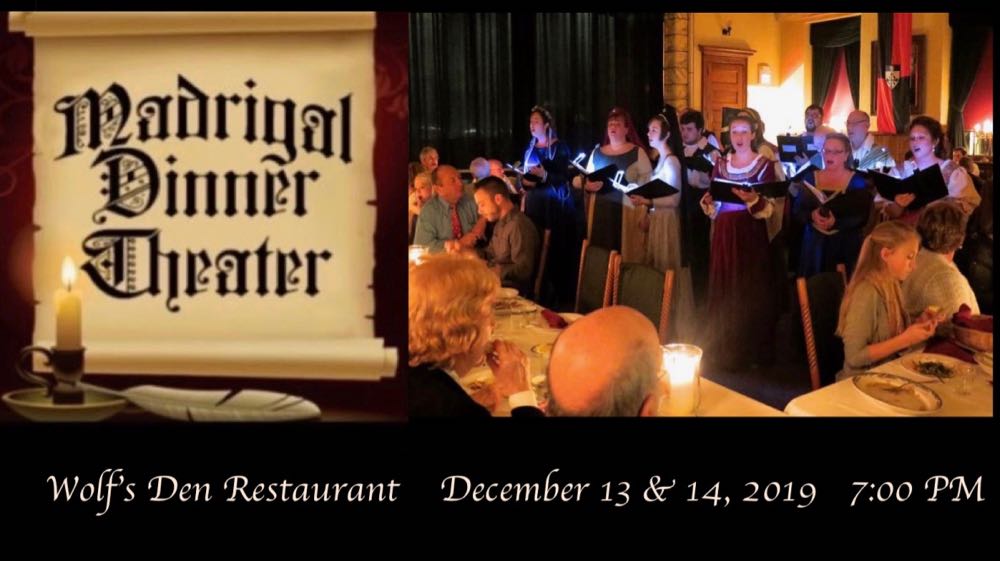 The Madrigal Dinner Theatre has been a sell-out each year.   Be sure to reserve your spots early since table seating is limited to 100 for each performance.  You may buy tickets online here or reserve by calling 724 659-3153. 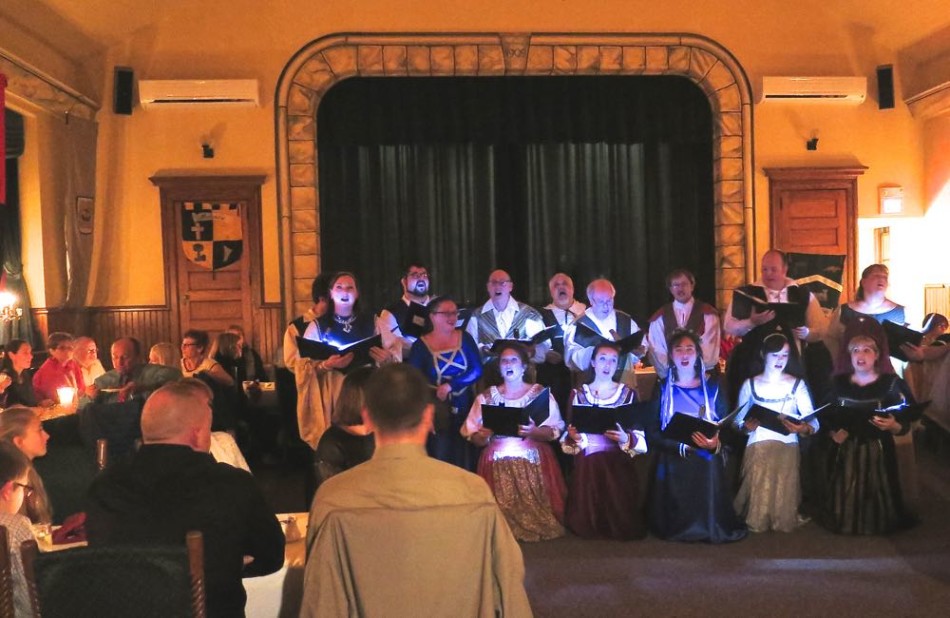 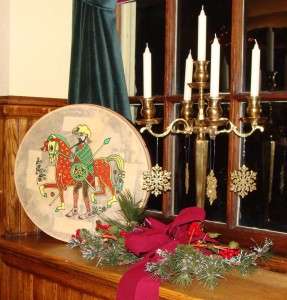 The Wolf’s Den will be transformed into a candlelit Medieval banquet hall with banners and coats of arms reminiscent of England in the Middle Ages.  This re-creation of a Medieval period Boar’s Head Festival dinner is replete with choral musical selections – madrigal songs and holiday carols – woven within a Christmas play with pageantry and costumes, all while enjoying a multi-course medieval feast and wassail toasts to the season. 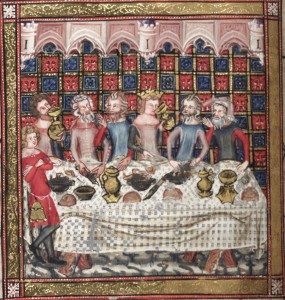 The Madrigal Dinner has become a Foxburg Christmas Tradition since it moved from Emlenton’s First Methodist Church to Allegheny RiverStone Center for the Art’s Lincoln Hall – and now that tradition continues in its second year at Wolf’s Den Restaurant in Knox, PA! This year the Madrigal Dinner marks its 24th Performance Season.

The menu for each night is representative of typical medieval dinner fare of the time and is yours to enjoy–spoon in hand!  Last year the menu created and prepared by Julie Findlan Powell of Little It Deli includes from 15th century England “Pullus Iuvenis” (stuffed chicken with bread pork stuffing with raisins and eggs) and “Brawn en Peuerade” (pulled pork in wine sauce) and from 16th century Ireland “Colcannon” (mashed potatoes with cabbage, bacon and cheese). Finishing the meal were cooked carrots with cinnamon and butter, fresh baked bread, and for dessert bread pudding with vanilla rum sauce. Of course, no meal back then was complete without continuous goblets of wassail and this beverage flows freely. 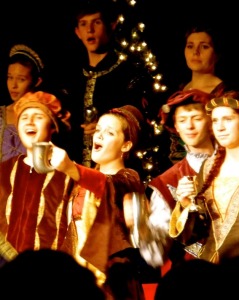 The Madrigal Dinner has been a sell-out each year.   Be sure to reserve your spots early for these 24th performance year events — because table seating is limited for each performance.

The History of Emlenton/Foxburg’s Madrigal Dinner

The First performance of the Madrigal Dinner was held in The Emlenton United Methodist Church Social Hall in November 1994 providing entertainment for an annual Emlenton event begun the year before called “Christmas in Oil Country”. 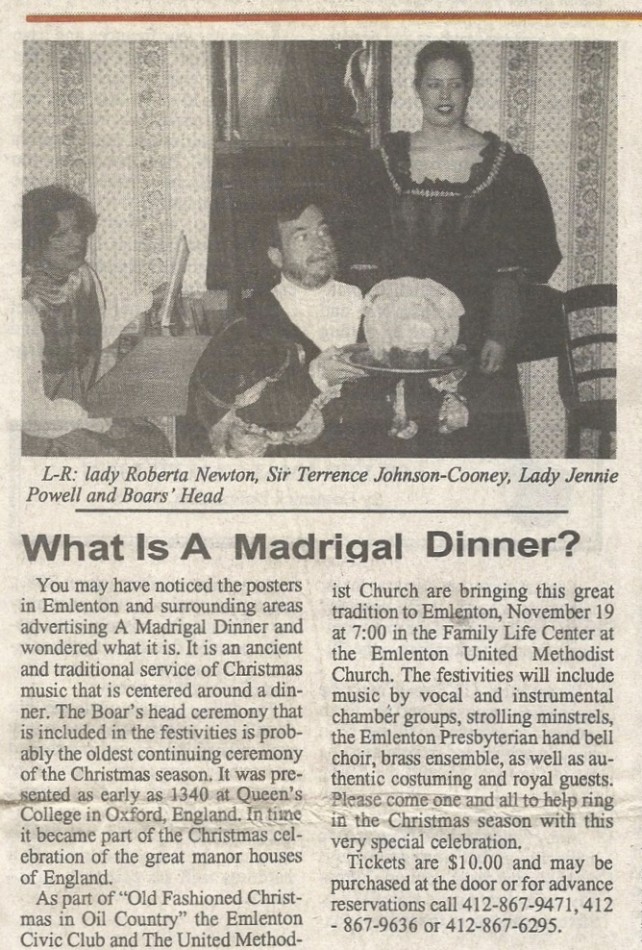 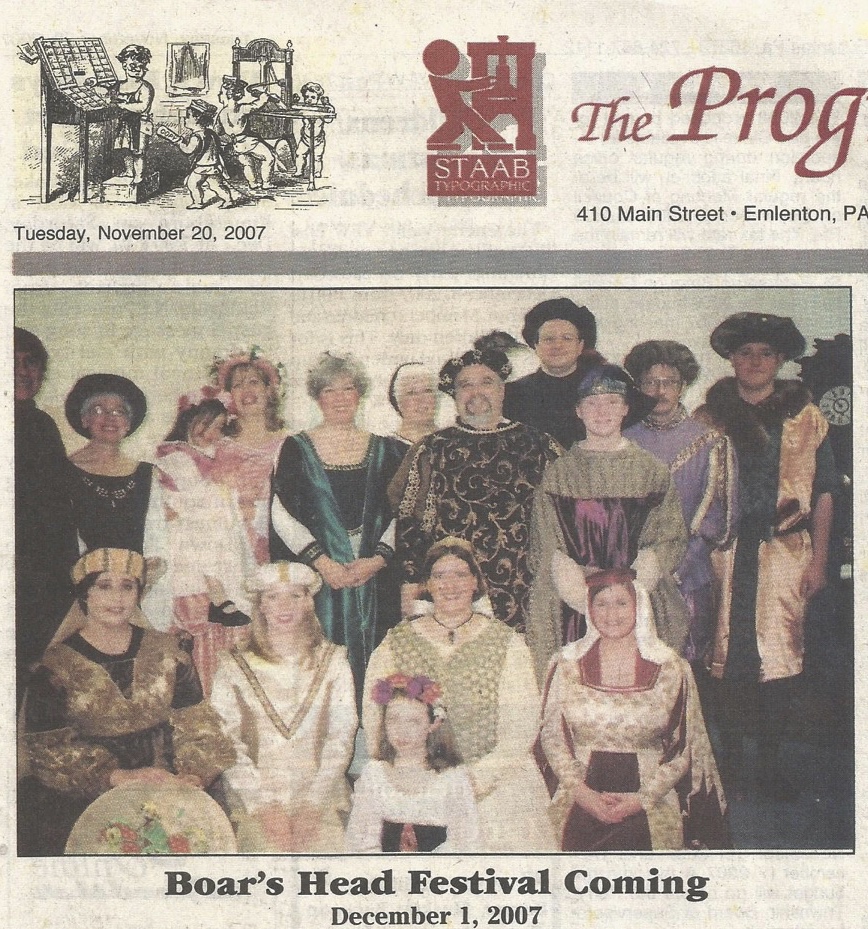 Over the year costumes also have changed. A second more complete group of costumes were designed by Julie Findlan-Powell.  The costumes worn today have been purchased from a costume company. A tambourine and an Irish drum have been acquired. In 2000 the madrigal group made a CD of songs sung at the dinner, which were made available for sale at the dinner.  Because in 2006 no dinner was held, the Madrigal Dinners of 2019 mark the Twenti-fourth Anniversary Performance Season. 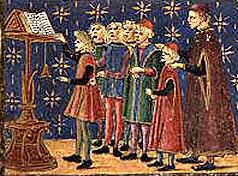 Most wonderful is that so many attendees have traveled long distances to attend the Madrigal Dinner since its inception. Allegheny RiverStone Center for the Arts is proud to be celebrating the group’s twenty-third performance season.

Become one of the devoted Madrigal Dinner participants who have treasured this experience and returned year after year to experience its wonder and magic.  We invite you to open your 2019 holiday season with us on either Friday or Saturday, December 13th or 14th, 2019 at 7:00 PM in the Wolf’s Den Restaurant.  We look forward to toasting the evening and celebrating the Season with you.