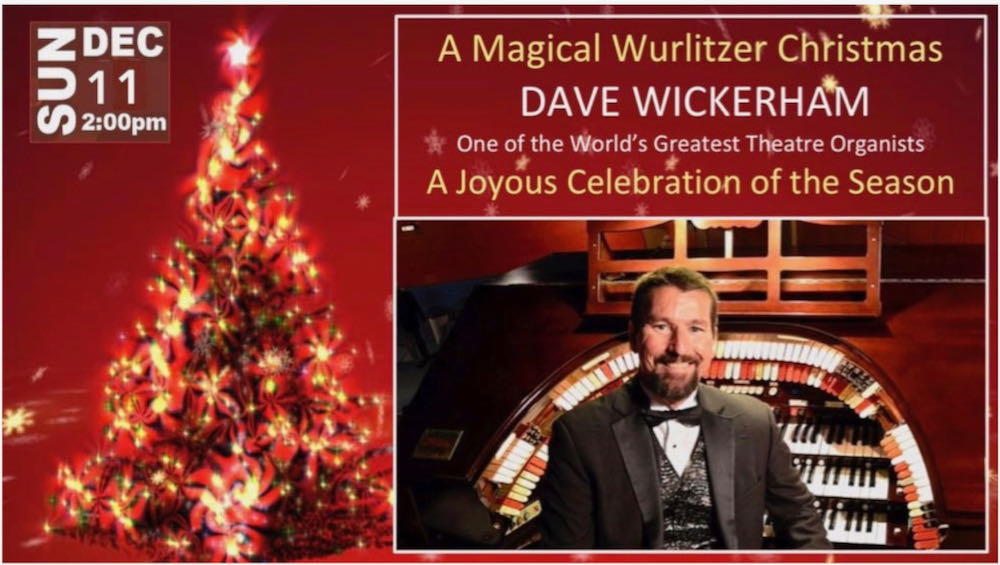 PLEASE NOTE that this concert is SOLD OUT with a waiting list. Dave Wickerham will return next Christmas for this program so be sure to reserve or buy tickets early!

Let the Beloved Songs of Christmas Ring In Your Heart and Mind –  as one of the world’s greatest theater organists, David Wickerham, returns to Foxburg to share this Joyous Musical Celebration of the Season.

Give yourself the gift of A MAGICAL WURLITZER CHRISTMAS with the brilliant keyboard artistry of the incomparable Dave Wickerham on Sunday, December 11 at 2 PM in Foxburg’s Lincoln Hall. Enjoy this video of his Christmas concert on Sunday December 17, 2017.

One of the preeminent theatre organists acclaimed internationally, no one makes Lincoln Hall’s McKissick Mighty Wurlitzer Theatre organ sound more glorious or entertains our appreciative and enthusiastic audience better than Dave Wickerham!  And does he make the McKissick Mighty Wulrtlizer percussion shelf ring! Here in Chattanooga Choo Choo from October 19, 2019

ARCA is grateful for the generous donation of John and Carole Anderson to sponsor the return of Dave Wickerham for his treasured Christmas Wurlitzer concert.

Plan to Make a Day of it in beautiful Foxburg and get some Christmas Shopping done! 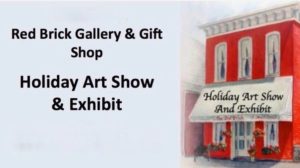 Enjoy a brisk walk in the late autumn freshness along the Allegheny River trail or rent bicycles with Foxburg Tours in the morning or early afternoon!  Have lunch at the Allegheny Grille with inside seating overlooking the Allegheny River, or for more casual fare, at Foxburg Pizzawith salads, sandwiches and pizza.  Save time to enjoy wine tasting at Foxburg Wine Cellars and savor a gourmet coffee and hand made chocolate at Divani Chocolatier and Barrista.  Or spend the night in Foxburg in the lovely Foxburg Inn or up the river at Emlenton’s bed and breakfast,  The Barnard House.