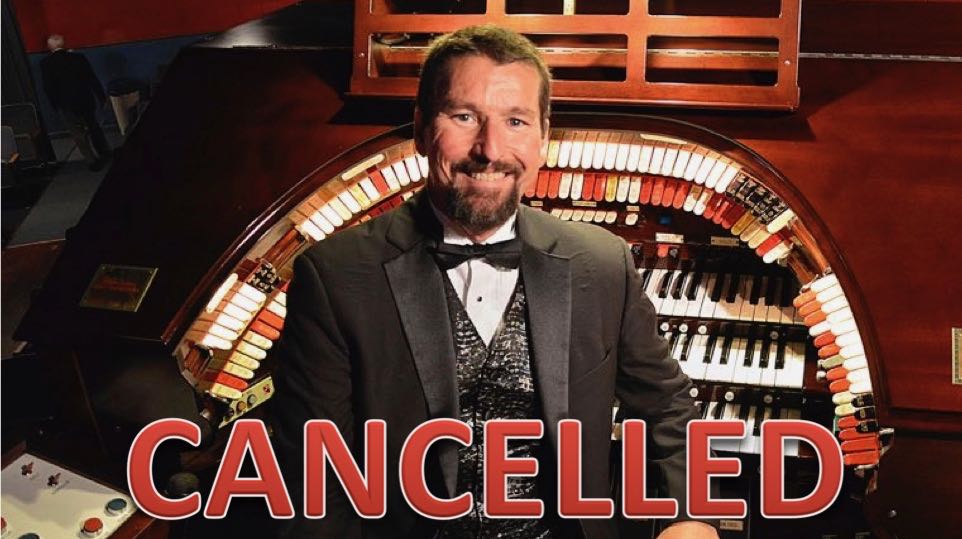 With great regret, due to the illness of David Wickerham’s beloved wife, Rhonda, his November 1 concert has been cancelled.  He will be rescheduled in the Spring of 2021.

One of the preeminent theatre organists in the world, no one makes Lincoln Hall’s McKissick Mighty Wurlitzer Theatre organ sound more glorious or entertains our appreciative and enthusiastic audience better than Dave Wickerham!

With his brilliant theatre organ arrangements and improvisation of audience requests, his is truly world class theatre organ artistry from one of the kindest, gentlest and most generous souls... evidenced by the glow you feel having experienced his inspired, genius performance. http://www.davewickerham.com

ARCA is reopening after the COVID-19 shutdown in compliance with the Pennsylvania Green Guidelines. Please refrain from attending if you are ill.  Patrons will be asked to sign a waiver upon entrance. Temperatures will be taken before entry. Masks are required for entrance and to be worn inside. Hand sanitizer will be available.

ARCA is grateful to Board members Constance Hambrick Rennard and Ron Rennard for their sponsorship contribution in support of this concert.