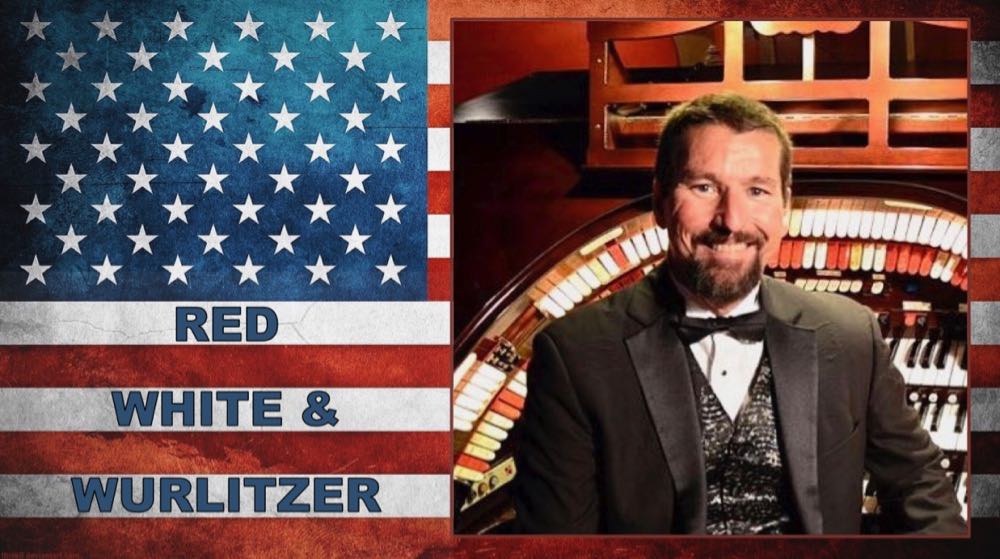 Allegheny RiverStone Center for the Arts is proud be bringing Dave Wickerham back to Foxburg on Sunday, July 18 at 2:00 PM for a PATRIOTIC WURLITZER PROGRAM:  Red, White & Wurlitzer!  Take a break from the glorious summer in the air conditioned comfort of Lincoln Hall for an afternoon of stirring American music on ARCA’s premiere Wurlitzer theatre organ music in the hands of a genius!

One of the preeminent theatre organists in the world, no one makes Lincoln Hall’s McKissick Mighty Wurlitzer Theatre organ sound more glorious or entertains our appreciative and enthusiastic audience better than Dave Wickerham!

With his brilliant theatre organ arrangements and improvisation of audience requests, his is truly world class theatre organ artistry from one of the kindest, gentlest and most generous souls… evidenced by the glow you feel having experienced his inspired, genius performance. http://www.davewickerham.com

ARCA is grateful to Board member Constance Hambrick Rennard for her generous sponsorship of this concert in memory of her late husband and ARCA Board member, Ron Rennard, who was an avid organist himself since his youth and fan of the artistry and keyboard mastery of Dave Wickerham.

After seven years as Organist – Curator with the legendary Milhous Collection in South Florida, Dave currently lives in Upper Michigan where he has accepted the position of Co-Manager and Organist in Residence at Crystal Theatre in Crystal Falls. This 1927 theatre is now a regional Performing Arts Center and houses a 3 manual, 21 rank Moller theatre organ that Dave also looks after.