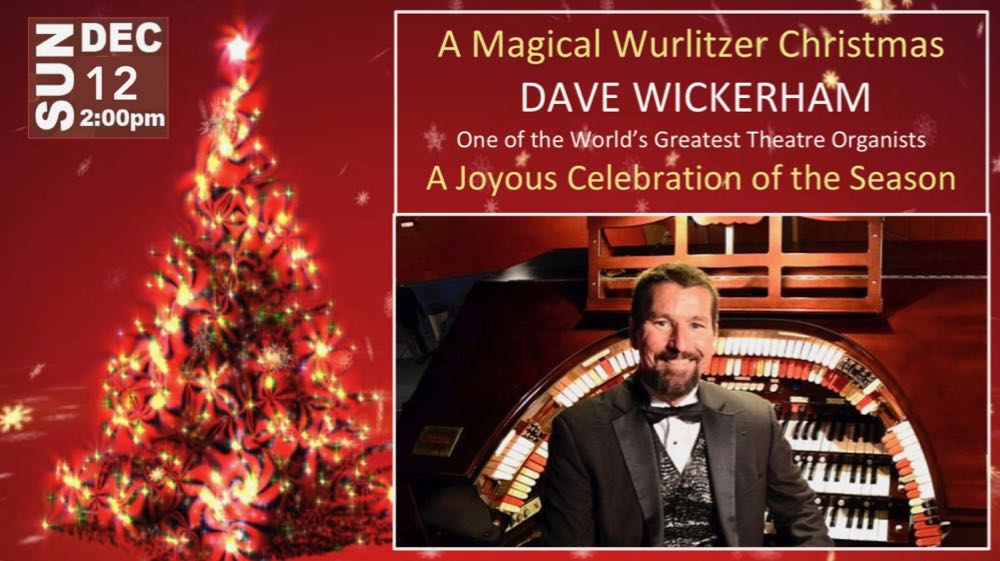 Let the Beloved Songs of Christmas Ring In Your Heart and Mind –  as one of the world’s greatest theater organists, David Wickerham, returns to Foxburg to share this Joyous Musical Celebration of the Season.

Give yourself the gift of A MAGICAL WURLITZER CHRISTMAS with the brilliant keyboard artistry of the incomparable Dave Wickerham on Sunday, December 12 at 2 PM in Foxburg’s Lincoln Hall.  One of the preeminent theatre organists acclaimed internationally, no one makes Lincoln Hall’s McKissick Mighty Wurlitzer Theatre organ sound more glorious or entertains our appreciative and enthusiastic audience better than Dave Wickerham!  And does he make the McKissick Mighty Wulrtlizer percussion shelf ring!

ARCA is grateful to donors John and Carol Anderson for their generous sponsorship of Dave Wickerham’s concert – a joyous musical celebration of BOTH of their birthdays that weekend.