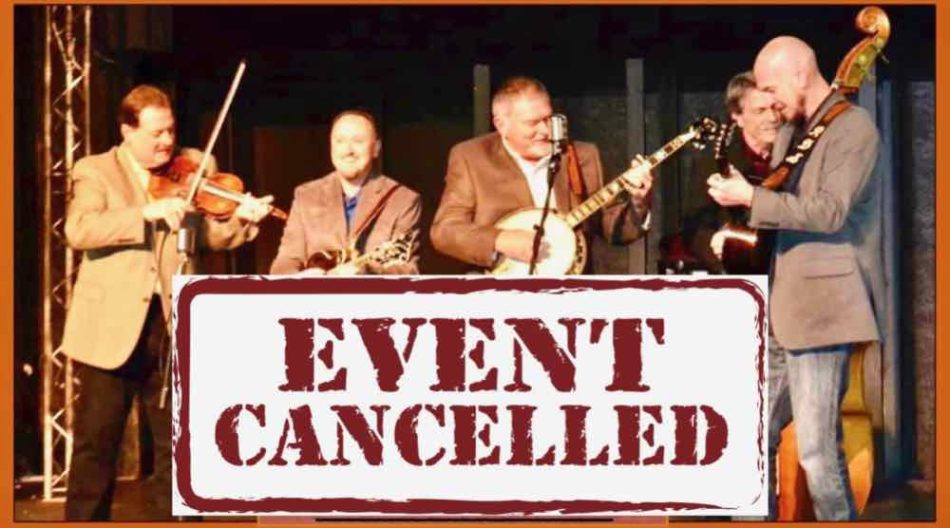 that due to a COVID issue the October 16

FAST TRACK concert has been cancelled.

We will plan to have Fast Track back in 2022.
Please check back for our Bluegrass schedule next season.

They came – they played – they conquered!

And they’re coming back to strum their way into your hearts!

If you like your bluegrass heavy and traditional with stirring harmonies and powerful instrumentation, then come on down to the river and Foxburg’s Lincoln Hall on Saturday, October 16  at 7:30 PM for an evening of “dynamic, soulful, driving bluegrass, deeply rooted in tradition” from FAST TRACK – a “SUPER GROUP” of star-studded BLUEGRASS VETERANS. 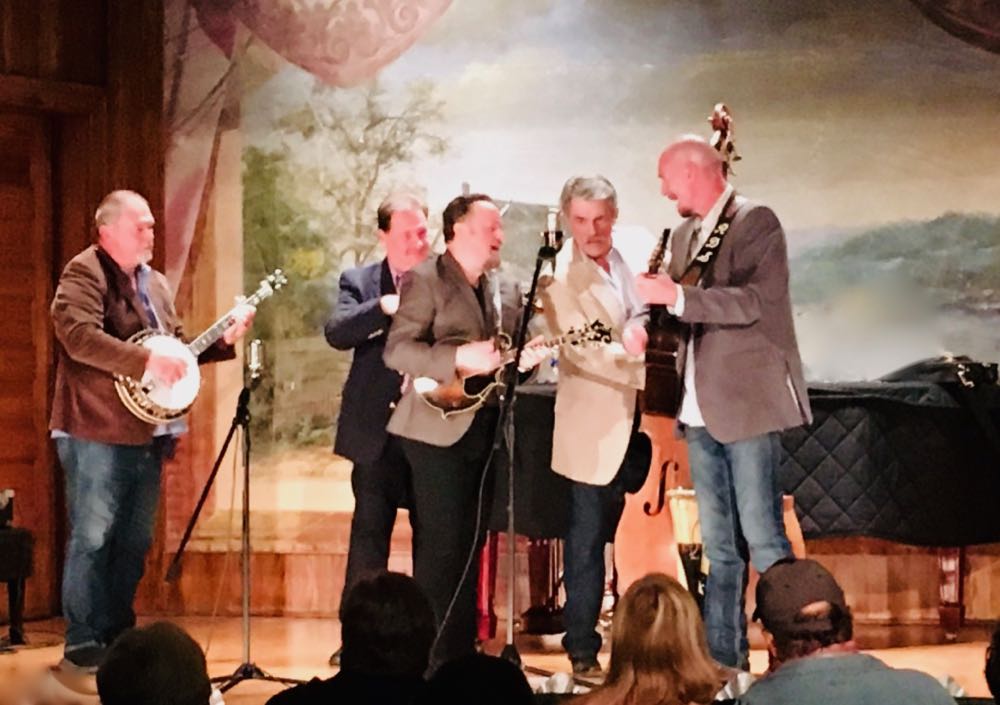 So fiddler Steve Day, banjo player Dale Perry, and bass player Ron Spears – each with decades of work as professionals in the music – enlisted Jesse Brock on mandolin and Duane Sparks on guitar (both recently having departed other full-time acts themselves)… And Fast Track was born! 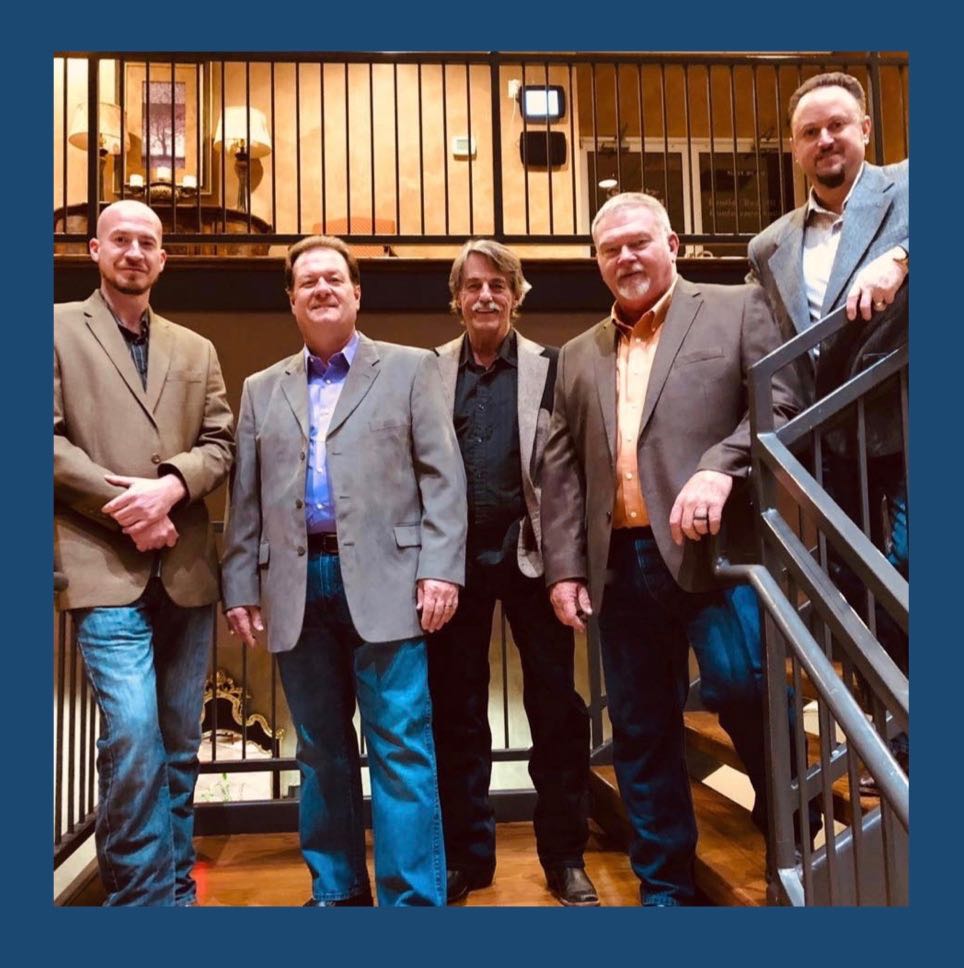 The Fast Track members are: Dale Perry (banjo, bass vocals), Steve Day (fiddle, vocals), Ron Spears (bass, vocals), Jesse Brock (mandolin, vocals), and Duane Sparks (guitar, vocals). The band has already compiled their list of music from favorite songwriters, as well as original music they have written, that they will be choosing from for a project set to begin recording immediately, with an EP to be released after the first of the year.

Reviewing the debut of their first album on September 11 –  “Fast Track” – Severin Theinert of Uncut Grass September 2020 wrote:  “This is the long awaited debut album of the new bluegrass supergroup Fast Track. The members of this all-star extravaganza are Dale Perry (banjo), Steve Day (fiddle), Ron Spears (bass), Jesse D. Brock (mandolin) and Duane Sparks (guitar). And as you read these names you know for yourself that each and every band member is providing vocals. This is one of the BEST BLUEGRASS RECORDS I have heard this year!” 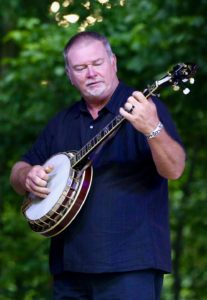 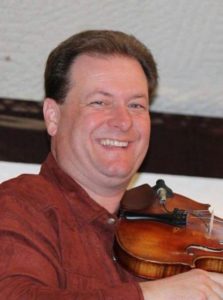 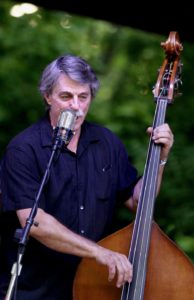 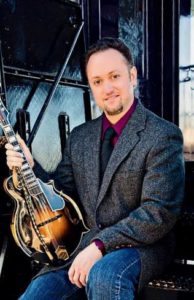 Winner of the 2009 & 2015 International Bluegrass Music Awards (IBMA) Mandolin Performer of the Year, Jesse Brock began his Bluegrass career with his family band at the age of nine.

Jesse is also a solo artist in his own right, with an IBMA award-nominated CD “Kickin’ Grass” on Pinecastle Records that includes an A-list of pickers, and was co-produced with his former band mate, Ron Stewart. In 2007, Jesse co-produced Rick Lang’s album (long-time friend, songwriter/singer) , “Look to the Light”, another multi-award-nominated project. Rick Lang contracted John Miller & Jesse Brock to arrange all the original songs and produce the album, which went on to be in the first round of the Grammy’s, the final round of the GMA Dove Awards, and the final round of the IBMA awards (2011).

Jesse has worked with: The Lynn Morris Band (2 albums), Dale Ann Bradley (2 albums), Michael Cleveland & Flamekeeper (4 albums), Audie Blaylock & Redline (2 albums) and most recently with The Gibson Bros. Jesse first appeared on the Grand Ole Opry at the young age of 11, and since has performed on stage with Ricky Skaggs, George Jones, Willie Nelson, Alison Krauss, The Tony Rice Unit, and the list goes on. In recent years, Jesse was an integral part of Michael Cleveland & Flamekeeper, recording two cds awarded IBMA’s “Instrumental Album of the Year” (2009 & 2011), and the band winning “Instrumental Group of the Year” four years in a row (2007-2010). Jesse is focused on getting into the studio @ Sound Biscuit Productions and starting on his next, much-anticipated solo project since his last one, released in 2002. 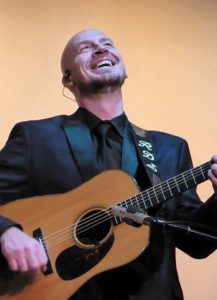