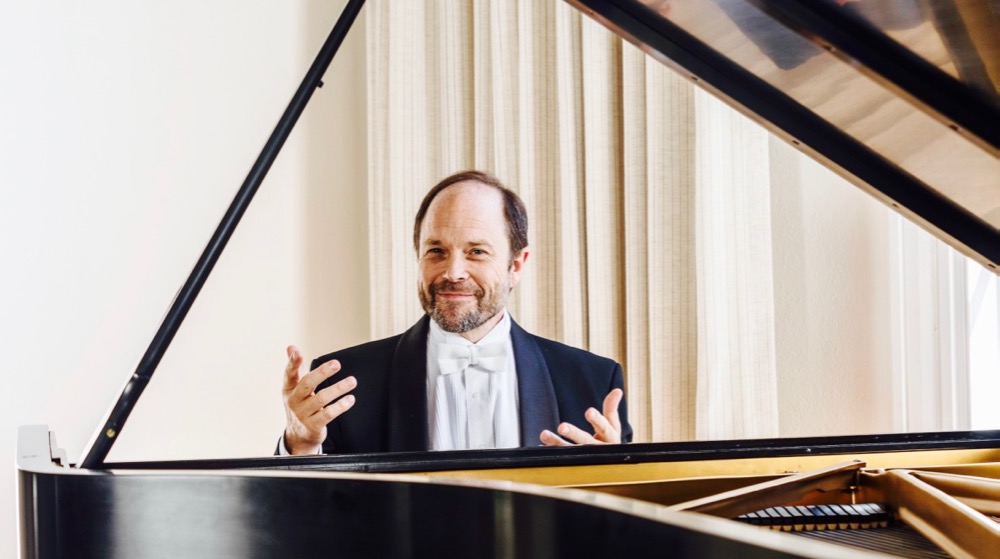 Give yourself a refreshing break from the heat of summer to be inspired and uplifted by the extraordinary celebrated keyboard artistry of FREDERICK MOYER – Genius at the Keys:  Classical to Jazz  on Sunday, July 15 at 2:00 PM in Lincoln Hall in Foxburg.“

Frederick Moyer excelled in the Rachmaninoff Third Piano Concerto and dazzled — almost stunned — the audience with his solo encore, a Busoni version of Liszt’s ‘La Campanella.’ .. Moyer’s performance, one by a talented, well-prepared, committed and inspired artist, reminded us of the wonder of being human.”    The Milwaukee Journal

The concert format will be delightful and simple; the first half is classical (solo piano), the second half jazz.   The classical repertoire points out the links between classical music and jazz. Most of the great classical composers were great improvisors, and many compositions started life as improvisations. Theme and variations, a common form in classical music is the model for most jazz. Many of the harmonies that we associate with jazz were first invented by classical composers. Finally, some “classical” works such as Gershwin’s Rhapsody in Blue straddle both worlds. 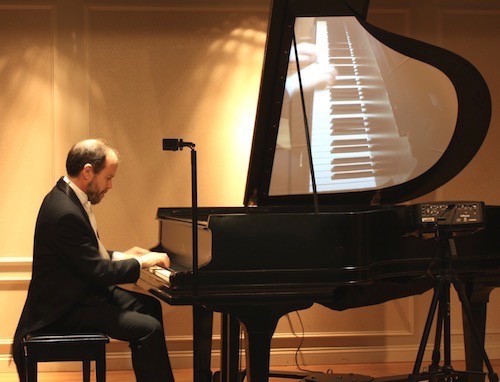 Frederick Moyer is one of the most exciting pianists before the public today.  Equally at home with Bach, Rachmaninoff, Schoenberg as well as Ellington and Peterson, his recitals are creative, engaging and entertaining and generally include time honored favorites as well as pieces that audiences may be hearing for the first time. Also featured will be his MoyerCam, a projection system that allows the audience to see his hands as he plays.”

After the concert, meet this extraordinary artist and join us for the opening reception for the exhibit of painter Jason Floyd Lewis and potter Cheri Lee Anderton-Yarnell at the Red Brick Gallery and Gift Shop on Main Street, Foxburg. 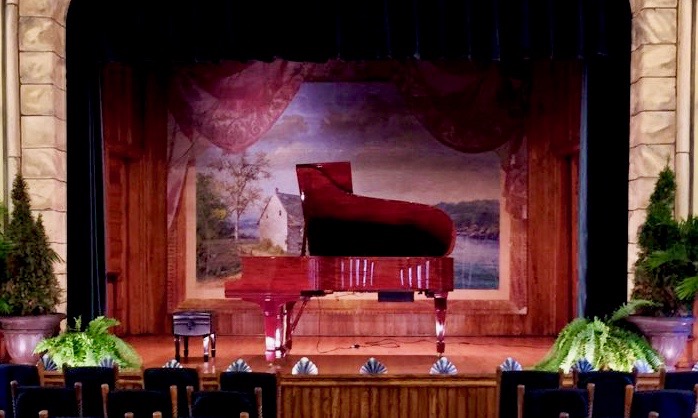 Just an hour and half north of Pittsburgh, Foxburg’s Lincoln Hall has intimate acoustics which provide a truly inspired environment to enjoy pianists performing on its 7 foot Steinway. Built in 1909, the stage’s backdrop is an original hand-painted canvas of an actual scene downstream on the Allegheny River.  Lincoln Hall has a capacity audience of 120 and is located on the second floor of the Foxburg Free Library.

Plan to Make a Day of it in the beautiful Allegheny River Valley and Foxburg!  Enjoy the glory of summer with a walk along the Allegheny River trail or rent bicycles or do a Segway tour of RiverStone Estate with Foxburg Tours.  Have lunch at the Allegheny Grille with seating overlooking the Allegheny River, or for more casual fare at Foxburg Pizza with salads, sandwiches and pizza.  Plan to enjoy wine tasting at Foxburg Wine Cellars and savor a gourmet coffee and hand made chocolate at Divani Chocolatier and Barrista.  Or spend the night in the lovely Foxburg Inn, where every room has a river view. 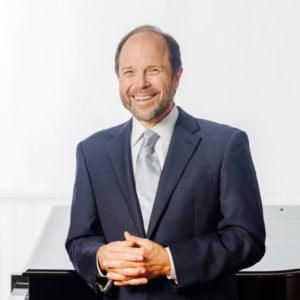 During over thirty years as a full-time concert pianist, Frederick Moyer has established a vital musical career that has taken him to forty-three countries and to such far-flung venues as Suntory Hall in Tokyo, Sydney Opera House, Windsor Castle, Carnegie Recital Hall, Tanglewood, and the Kennedy Center. He has appeared as piano soloist with most of the major orchestras of the United States as well as many orchestras of Europe, Asia, South America, Africa and Australia.

Moyer was born into an artistic family. On his mother’s side, his grandfather, Paul Green was a Pulitzer‐prize‐winning playwright, and his grandmother, Elizabeth, a poet. His other grandfather, David Moyer was a concert pianist and professor of piano at Oberlin College, a student in Berlin of Ferrucio Busoni and Ernst von Dohnanyi. His grandmother, Jessie, was a singer. Moyer’s father, Bill, a trombonist, was a member of the Boston Symphony for 35 years, and his mother, Betsy, a pianist, harpsichordist and singer. 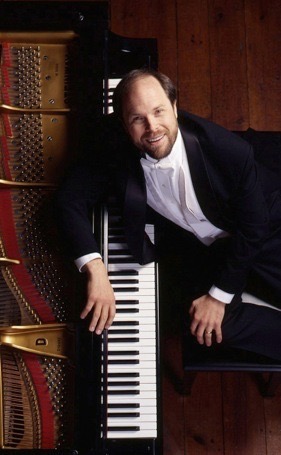 Moyer began piano studies with his mother at the age of seven. Musically eclectic from the start, his youthful obsessions moved from the Tijuana Brass to Oscar Peterson to Sergei Rachmaninoff. In junior high and high school, he studied jazz intensively. Moyer received a full scholarship to attend the Curtis Institute of Music in Philadelphia while still in high school. He later attended Indiana University. His major teachers were his mother, Theodore Lettvin, Eleanor Sokoloff and Menahem Pressler. Shortly after graduation, his acclaimed New York debut at Carnegie Recital Hall launched Moyer on a career that has flourished ever since, taking him to 43 countries, to Suntory Hall in Tokyo, the Ambassador Auditorium in Pasadena, Sydney Opera House, Windsor Castle and the Kennedy Center. Moyer has appeared as piano soloist with the major orchestras of Cleveland, Philadelphia, Minnesota, St. Louis, Pittsburgh, Houston, Boston, Singapore, Dallas, Buffalo, Hong Kong, Japan and Australia. Conductors under whom he has performed include Vladimir Ashkenazy, Colin Davis, Charles Dutoit, Gunther Schuller, and David Zinman. 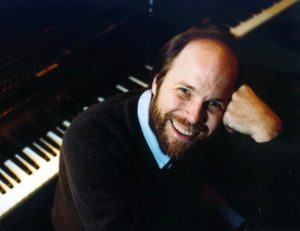 Moyer’s repertoire reflects an affinity for the complete range of classical music and beyond. He has recorded five Mozart concerti for the Norwegian radio, and performed three Rachmaninoff piano concerti with the Japan Philharmonic. His 24 recordings span the piano repertoire from Baroque to contemporary works. Composers who have written for Moyer include David Ott whose Second Piano Concerto Moyer recorded with the London Symphony, Donal Fox whose Etudes of 2002‐2006 were commissioned under a grant from the Guggenheim Foundation, and Pulitzer Prize winners George Walker and Ned Rorem. Moyer has performed with chamber ensembles at Marlboro Music Festival and Tanglewood, in collaborations with baritone Benjamin Luxon, violinist Salvatore Accardo, cellist Nancy Green and the Muir String Quartet, among others. As a member of the Fred Moyer Jazz Trio, he performs note-for-note transcriptions of such jazz pianists as Oscar Peterson, Bill Evans and Erroll Garner, bringing this great American music onto classical music stages. Moyer’s enthusiasm, artistry, and adventurous programming have made him a favorite among audiences of all ages. In recital, his delightful commentary from the stage takes the audience into the heart of the musical experience. 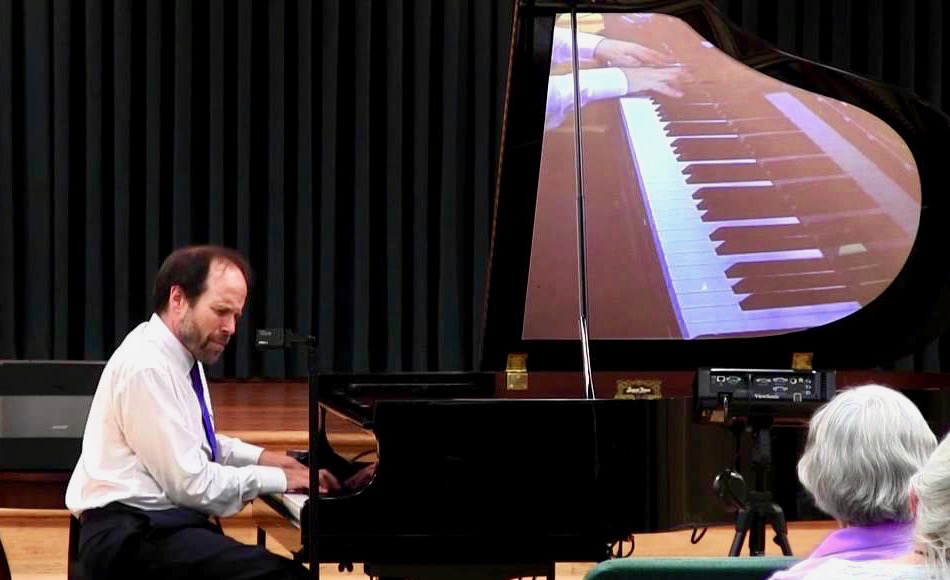 Moyer’s wide‐ranging interests have contributed to classical music in unique ways. Art museums have engaged him to create art‐music presentations that interpret works of visual art. He contributes his musical talents to causes including Habitat for Humanity and the Holy Trinity Music School in Port‐au‐ Prince, Haiti, which he has visited many times. His activities have been supported by the National Endowment for the Arts and Humanities, the United States Information Service, the Alcoa Foundation, the Astral Foundation, the Paul Green Foundation, Affiliate Artists, Concert Artists Guild, the Western States Arts Federation, the US China Arts Exchange and the Korean Cultural Foundation.

In 1992, Moyer started JRI Recordings, which has since produced CDs by numerous world-class musicians. His many recordings on this and other labels comprise works by over thirty composers and reflect an affinity for a wide variety of styles. His CD of Clara Schumann’s Piano Concerto was the first commercial recording of a large-scale Romantic work using an orchestra created from sampled sounds. His Mussorgsky/Mendelssohn CD was the first using the the Bosendorfer 290 SE Recording Piano. Other recordings include David Ott’s Second Piano Concerto with the London Symphony which was written for Moyer. Many other composers have written for Moyer including Pulitzer Prize winners George Walker and Ned Rorem, and Donal Fox whose Etudes of 2002-2006 were written under a grant from the Guggenheim Foundation. 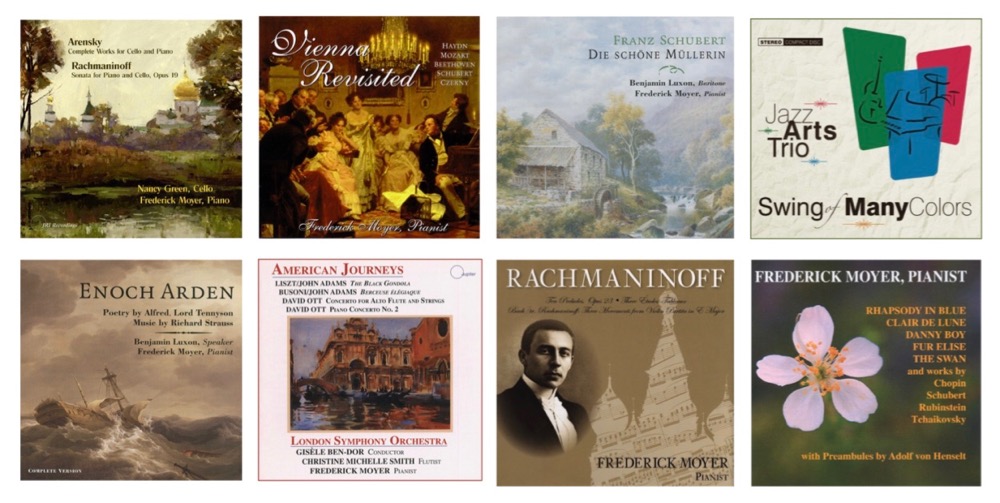 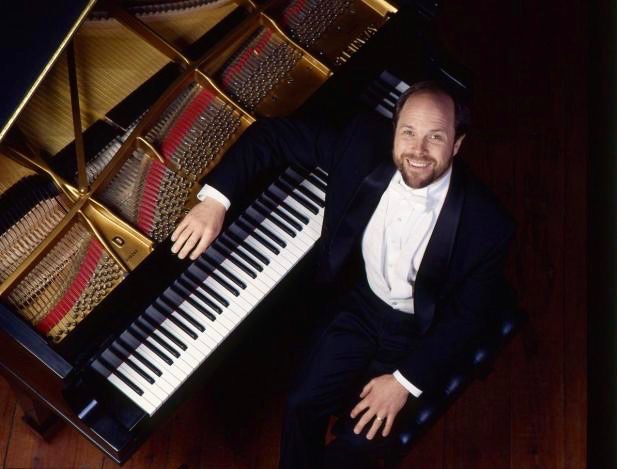 The concert format will be delightful and simple; the first half is classical (solo piano), the second half jazz.   The classical repertoire points out the links between classical music and jazz. Most of the great classical composers were great improvisors, and many compositions started life as improvisations. Theme and variations, a common form in classical music is the model for most jazz. Many of the harmonies that we associate with jazz were first invented by classical composers. Finally, some “classical” works such as Gershwin’s Rhapsody in Blue straddle both worlds.

FREDERICK MOYER - Genius on the Keys: Classical to Jazz