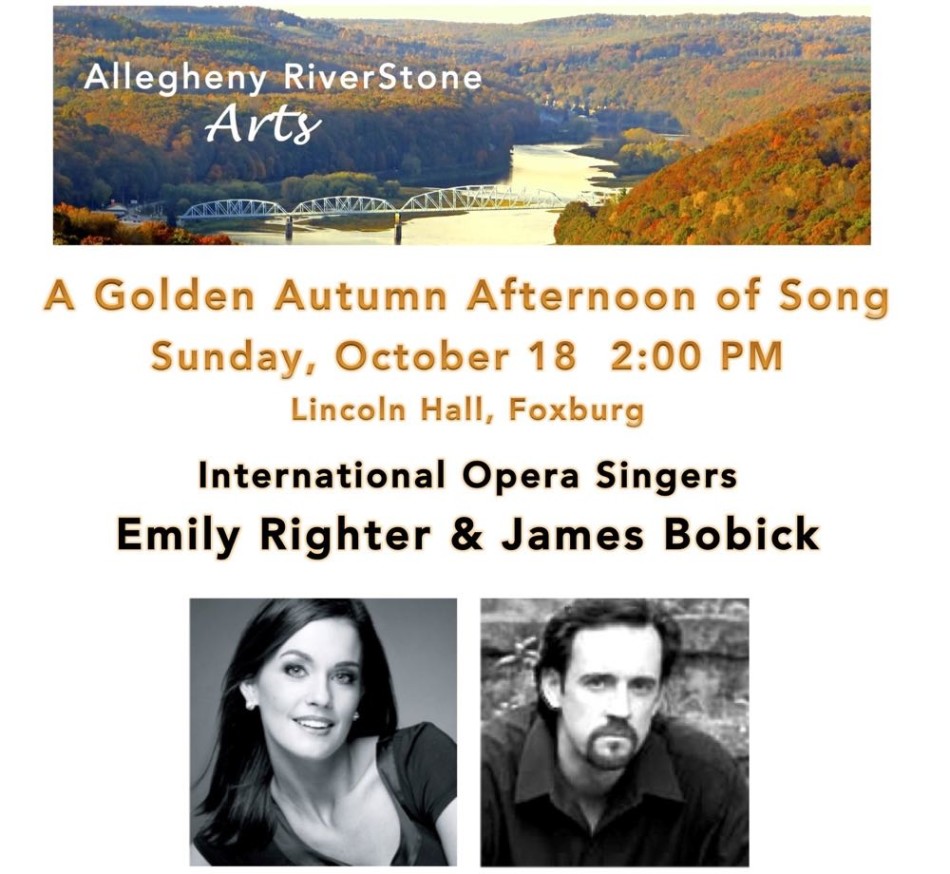 Enjoy a Golden Afternoon of Song with Mezzo Soprano Emily Righter and Baritone, James Bobick on Sunday, October 18 at 2:00 PM.  This dynamic pair of international opera stars with their spectacular voices, superb acting skills, good looks and kind hearts will dazzle and entertain – in a program ranging from musical theatre and art songs in English, German and French to operatic arias and duets which Emily and James have performed to rave reviews in opera houses in Europe and the United States.

This is a concert not to be missed… and you will want to bring along with you anyone who loves the voice and singing – particularly aspiring young singers!  Emily with her “gorgeously controlled mezzo voice and emotive, physically adept presence to match” and James with his  “burnished sound” and “good looks, excellent comic timing and strong stage presence” are sure to delight and inspire ARCA’s audience in the intimate acoustics of Lincoln Hall. 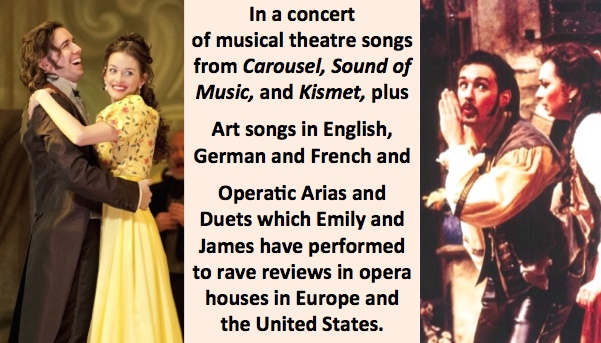 In this memorable afternoon of glorious singing, you also will be savoring the artistry of masters in our midst.  Raised in Clarion, PA Emily Righter has been singing opera in the United States and in Europe since graduating with a Bachelors from Carnegie Mellon University and a Masters from Yale University.  James Bobick is in residence on the faculty of Mercyhurst University, as he continues to perform recital and operatic engagements around the country.  Emily and James will be collaborating with Billie Jo Miller, noted pianist and accompanist from Pittsburgh with whom Emily worked during their years together at Carnegie Mellon University.

Emily also will be performing three workshop concerts on Tuesday, October 13 for the Elementary and Junior and Senior High Choruses of Allegheny-Clarion Valley High School, directed by Jennifer Lowrey.  Emily will share her personal journey  – from Clarion, PA to Salzburg, Austria – and sing several songs from her Lincoln Hall concert for A-C Valley choristers.

Tickets are $25 Adults, $20 Members, $5 Students  Following the concert there will be an ARCA Members special Meet the Artist Reception in the Red Brick Gallery on Main Street in conjunction with the opening of the new Chris DeNapoli Michael exhibit of water colors, acrylics, water colors, and sketches themed around her farm. 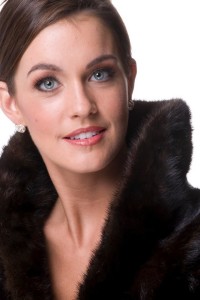 Lincoln Hall will be filled with the glorious singing of two international opera singers with a special connection to western Pennsylvania.  In a program from opera arias and duets to English, German and French art song, musical theatre and popular music selections, Emily Righter, Mezzo Soprano, and James Bobick, Baritone, will take the audience on a musical journey through some of the most beloved classical and popular songs and operatic arias.

Emily Righter:  Hailed by the New York Times for her “star-making engagement”, reviewer Steve Smith wrote, ” Emily Righter sang with rich tone, focus and agility, and assumed her character with a buoyant physicality and impetuousness.”  Mezzo Soprano Emily Righter has received rave reviews for her emotive and impassioned singing of diverse repertoire form opera to musical theatre and cabaret.

A native of Clarion, PA Emily received her her B.F.A. at Carnegie Mellon University in 2007 and a M.M. from Yale University in 2009.  Since then Emily has performed in Europe and in the United States to rave reviews for her artistry and voice.

Emily’s Lincoln Hall concert will give audience members a taste of her glorious singing which has won the hearts of critics and audience in the United States and Europe.  Emily is one of the leading mezzo sopranos of her generation.  Her accessible and delightful program will offer gems of the classical song and opera repertoire (with many in English) as well as musical theatre and jazz songs, sure to warm the heart and lift the spirits. 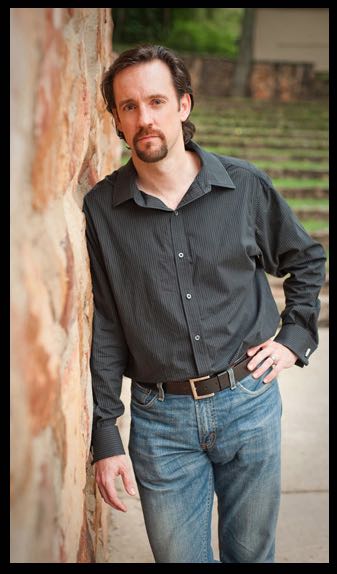 James Bobick is another master in our midst, making Erie, Pennsylvania, his home base as he and his wife are on the faculty of Mercyhurst University, raising their two young daughters in beautiful western Pennsylvania.  Students at Mercyhurst are the beneficiaries of his operatic experience in houses across the country in roles that range from the Barber in the Rossini classic to Marcello in Puccini’s La Boheme  to contemporary opera.

A Golden Afternoon Of Song

Accomplished Mezzo Soprano, Emily Righter has been enchanting audiences     “…with her gorgeously controlled mezzo voice and emotive, physically adept presence to match.” (The Star-Ledger). After her performances of Alessandro in Eliogabalo, Alex Ross for The New Yorker wrote, “Emily Grace Righter stood out for her impassioned, idiomatic delivery of the role of Alessandro. Her Act I lament ‘Misero cosi va’ was the musical highlight of the night.” The multi-talented Ms. Righter is gifted not only in opera, but in jazz, musical theater, art song and chamber music. Past performances for the Salzburger Landestheater’s 2013-14 season included: Jacqueline in La Cage aux Folles; Dardane’ in Pilgrims from Mecca; Olga in Eugene Onegin; and Annio in La Clemenza di Tito. In July 2014, Emily appeared once again at the Tyrolean Festspielhaus (Austria) to perform a jazz concert of classics  and popular favorite alongside world-renowned Drummer, Pete York and Pianist, Johnny Schuetten.

In 2013, Emily made her New York City Opera debut singing Amenofi in Mosé in Egitto. She was also seen as Alessandro in Eliogabalo with Gotham Chamber Opera (New York City). For the 2013 Summer Festival, Emily was engaged at the Tyrolean Festspielhaus singing Flora in La Traviata; Ines in Il Trovatore; Maddalena in Rigoletto; and Alto Soloist in Beethoven 9th –all productions conducted by Maestro Gustav Kuhn. To conclude the summer festival, Emily proved that she was not only an opera singer by sharing with her audiences a night of jazz and a very successful liederabend with renowned Baritone, Michael Kupfer. 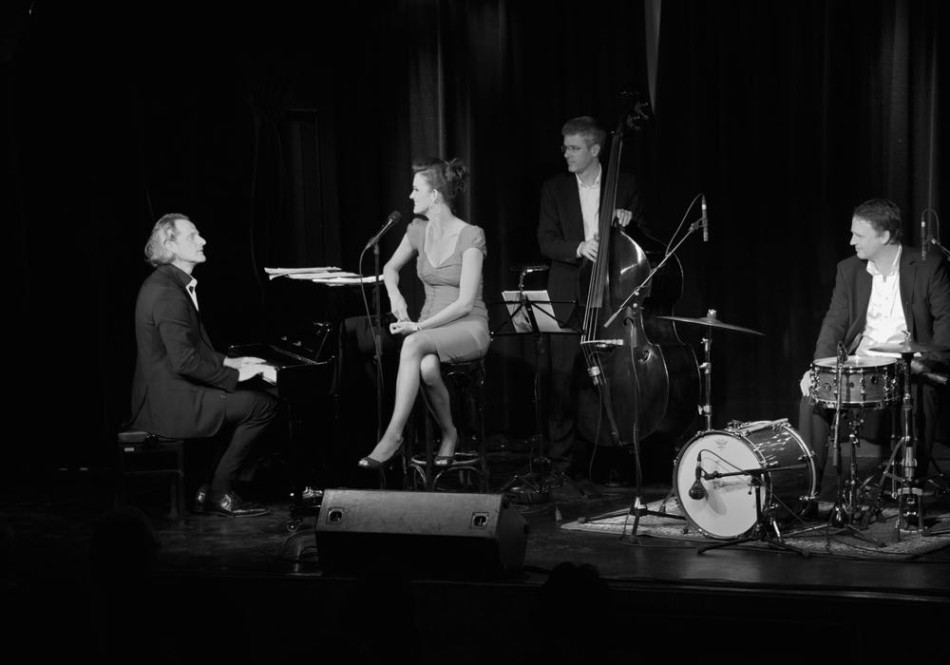 Emily performed in the 2011-12 season at the Salzburger Landestheater in Austria. There, she premiered the role of Sophia in the German-translated Sound of Music; Tisbe (covering Angelina) in La Cenerentola; Clomiri in Imeneo; Flora in La Traviata; and Margaret in Wozzeck. She received enormous success singing Miss Jessel in Turn of the Screw with Festival dei Due Mondi in Spoleto, Italy. In 2012, Righter made her debut in Tyrol, Austria and Trento, Italy as Cherubino in Le Nozze di Figaro conducted by Maestro Gustav Kuhn. 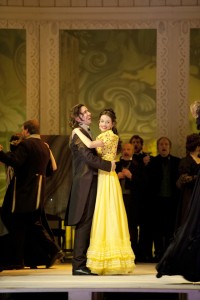 In 2011, Ms. Righter made her debut with Boston’s Handel and Haydn Society as the Mezzo Soloist in Pergolesi’s Stabat Mater under the baton of Maestro Rinaldo Alessandrini. Emily has been seen as Stephano in Romeo et Juliette at Bel Cantanti Opera in Washington, DC. In 2010, Righter was chosen for the Young Singers Project (YSP) at the Salzburger Festspielhaus (Austria) and covered the roles, Stephano in Romeo et Juliette and Die Garderobiere/Der Gymnasiast in Lulu. There, Emily was chosen to sing in master classes lead by Mezzo Soprano Christa Ludwig; Contralto Marjana Liposvek and Director Cristina Mazzavillani. For the final YSP Scenes Concert, Emily and the young artists worked under Maestro Ivor Bolton. Shortly after returning to the US, Ms. Righter was chosen to sing alongside Marcello Giordani in the Marcello Giordani Fundraising Gala Concert in New York City.

Since receiving a M.M. at Yale University in 2009 and her B.F.A. at Carnegie Mellon University in 2007, Ms. Righter has made several other national professional debuts at Santa Fe Opera, Carnegie Hall, Chicago Opera Theater and Vero Beach Opera. 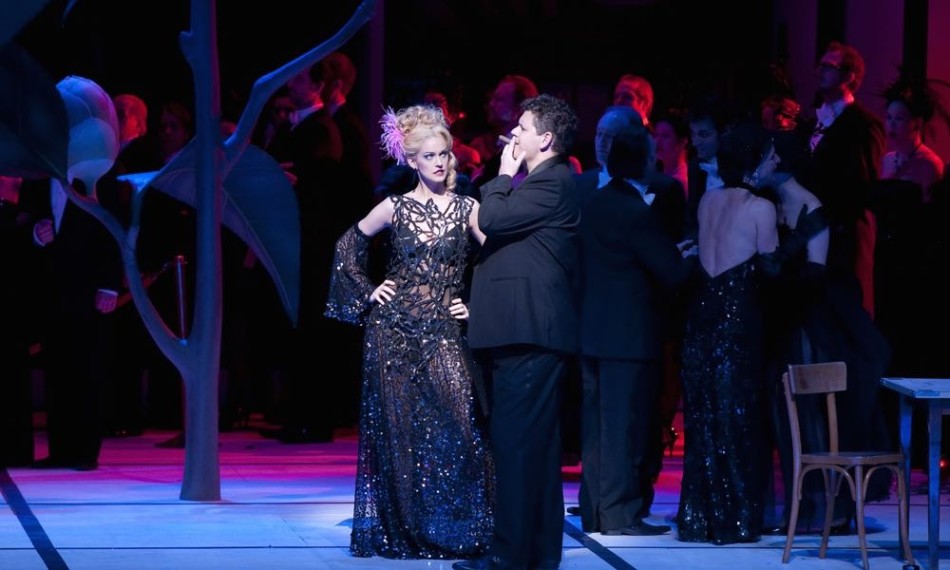 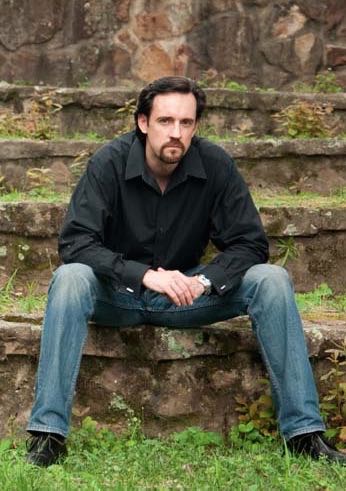 James Bobick has enjoyed a versatile career, from leading roles in the works of Donizetti, Verdi, Bizet, and Mozart to those in the contemporary operas of composers Jake Heggie, Mark Adamo, John Eaton, and David T. Little. Mr. Bobick was seen in over 20 roles at New York City Opera including two Live from Lincoln Center telecasts, including a Primetime Emmy-winning broadcast of La Bohème. 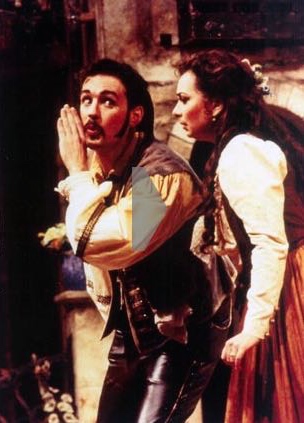 James Bobick is regularly praised for the quality of both his singing and his acting. As Figaro in Rossini’s Il barbiere di Siviglia, the Washington Post singled him out for particular praise; “Among the many good things about Virginia Opera’s production of Rossini’s ‘Barber of Seville,’ the best was baritone James Bobick as Figaro. Bobick was a standout in a strongly cast production. He has a fine voice and his first-act aria ‘Largo al factotum,’ was given a bravura performance. With his good looks, excellent comic timing and strong stage presence, he exuded confidence and joie de vivre. It is a Figaro to remember.” After a performance of La Bohème, Opera News noted, “Bobick was an ideal Marcello, singing with comic point, emotionally volatile and vocally splendid in the Act IV duet.” In The New York Times, Mr. Bobick’s Elmer Gantry garnered the mention, “Many of the vocal performances were impressive, including that of James Bobick as Elmer.” The New York Times has also praised James for his “burnished sound and incisive diction” as the Gambler in Jack Beeson’s Hello Out There, and for his portrayal of Howard in David T. Little’s Dog Days, printing, “The vocal cast is uniformly fine, with particularly moving work from James Bobick as Howard.” In 2015, Mr. Bobick reprised the role of Howard with Los Angeles Opera, Ft. Worth Opera, and on the soon to be released original cast recording. 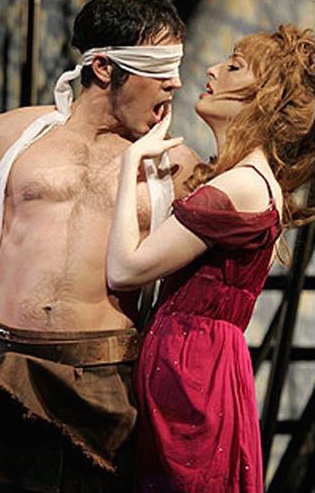 In addition to his work in the standard operatic repertoire, Mr. Bobick has extensive experience performing the new works of contemporary composers. He has bowed as Bendrix in Jake Heggie’s End of the Affair, as Kinesias in Mark Adamo’s Lysistrata, as Dr. Bloom in John Eaton’s micro-tonal opera Pumped Fiction, as Donald Giovanni in P.D.Q. Bach’s The Abduction of Figaro, as Rob Petrie in Paul Salerni’s The Life and Love of Joe Coogan and as Howard in David T. Little’s critically acclaimed Dog Days. He has also performed large contemporary works while in concert, on recording, or as a frequent guest in New York City Opera’s VOX festival. These works include leading roles in Robert Aldrich’s Elmer Gantry, Robert Manno’s Dylan and Caitlin, John Eaton’s The Rev. Jim Jones, Herschel Garfein’s Rosenkrantz and Guildenstern are Dead, Timothy Geller’s Where Silence Reigns, Matt Marks’ Bluetooth Islands, Sergio Cervetti’s Elegy for a Prince and Yum!, Robert Paterson’s A Child Possessed, David T. Little’s Soldier Songs, and Ted Hearne’s Katrina Ballads. Recently, Mr. Bobick created the role of Moldenhauer in the world premiere of Michael Dellaira’s The Death of Webern. 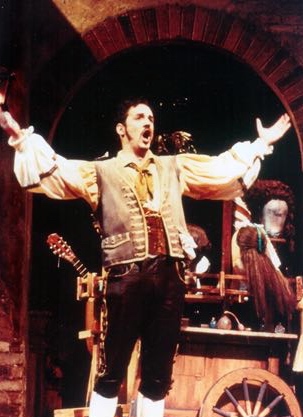 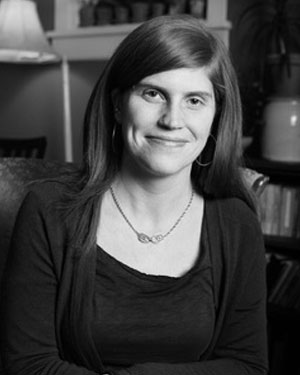 Billie Jo Miller actively performs as a collaborative pianist as well as maintaining a private piano studio in her home. She served as a studio coach / accompanist at Carnegie Mellon University for many years playing recitals and master classes, and has performed with members of the Pittsburgh Symphony Orchestra. Ms. Miller performed last year on the Grand County Concert Series in Fraser, Colorado and will return this fall to the Pittsburgh Concert Society Series. She served as a piano teacher at the Creative and Performing Arts High School and the Carnegie Mellon Preparatory School and as a coach / accompanist for the Carnegie Mellon Pre-College Program. She holds degrees from Carnegie Mellon University and the University of Illinois in Champaign-Urbana, having studied with Ralph Zitterbart, Ward Davenny and Ian Hobson.