The joyous young artistry of the Greenville High School Steel Drum Band is going to make the Foxburg Fall Festival 2015 one to remember!  On Sunday, October 11 at 2:00 PM more than forty young steel drum musicians from Greenville, PA High School under the direction of conductor Chris Williams will perform a FREE OUTDOOR CONCERT under the big tent between the Foxburg Inn and the Allegheny Grille. 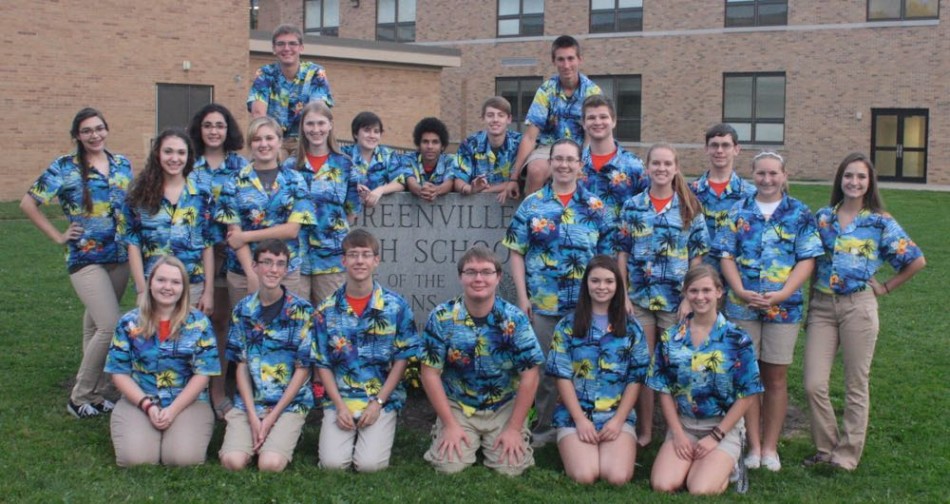 Pleased by the opportunity for the talented, young musicians to perform in Foxburg for its Fall Festival, Conductor Chris Williams said, “Steel Drum Band students at Greenville perform very often out in the community. We enjoy spreading joy through our music with a unique ensemble that many people have never seen before.  The students work very hard preparing and have a lot of fun performing for the public. I am fortunate to teach such a dedicated and talented group of students.”

During the 2014-2015 school year the steel band played thirteen performances out in the community as well as their normal school concerts.  In 2015, the Greenville Area High School Steel Drum band also was selected to perform at the PMEA State Festival in Hershey, PA.

Don’t miss this opportunity to enjoy these extraordinary young musicians at 2:00 PM during the Fall Festival on the banks of the beautiful Allegheny River in Foxburg.

The Greenville High School Steel Drum Band was established in 1989 in order to provide students with a unique music experience incorporating styles, rhythms, and traditions of the Caribbean culture. At inception, the group consisted of only a starter set of pans and percussion instruments. In the years that followed, the group continued to flourish to the current size of twenty-two sets of pans. Currently, the overwhelming success of the high school group has spread into two additional bands at the 7th and 8th grade levels. Each one of these students plays other instruments in the band program and many are involved in chorus.

The repertoire relies heavily upon the basic rhythms of calypso, soca, and latin music and also includes pop, classical, jazz, and show music. The ensemble has had the pleasure of playing for large audiences around the Pennsylvania, Ohio, and West Virginia area including performances at festivals, colleges, school assemblies, clinics, and community functions. Some of the ensemble’s most notable performances include performing in 2006 with the Greenville Symphony Orchestra, performing in 2006, 2010, and 2015 at the PMEA State Conference, 2007 and 2008 at the Ohio Valley of Steel, and performances in 2009 and 2011 at the MENC All-Eastern Conference. 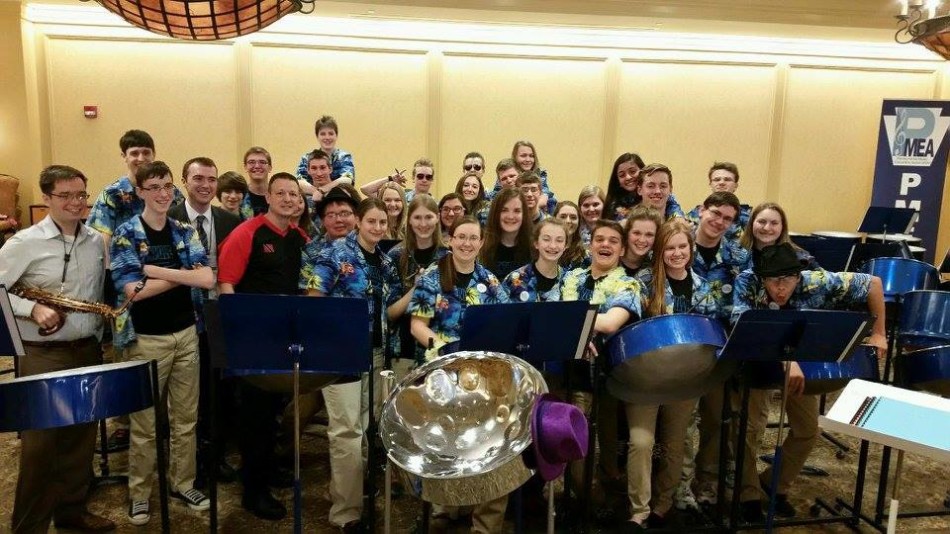 FREE Admission. Concert to be performed in tent between Allegheny Grille and Foxburg Inn.