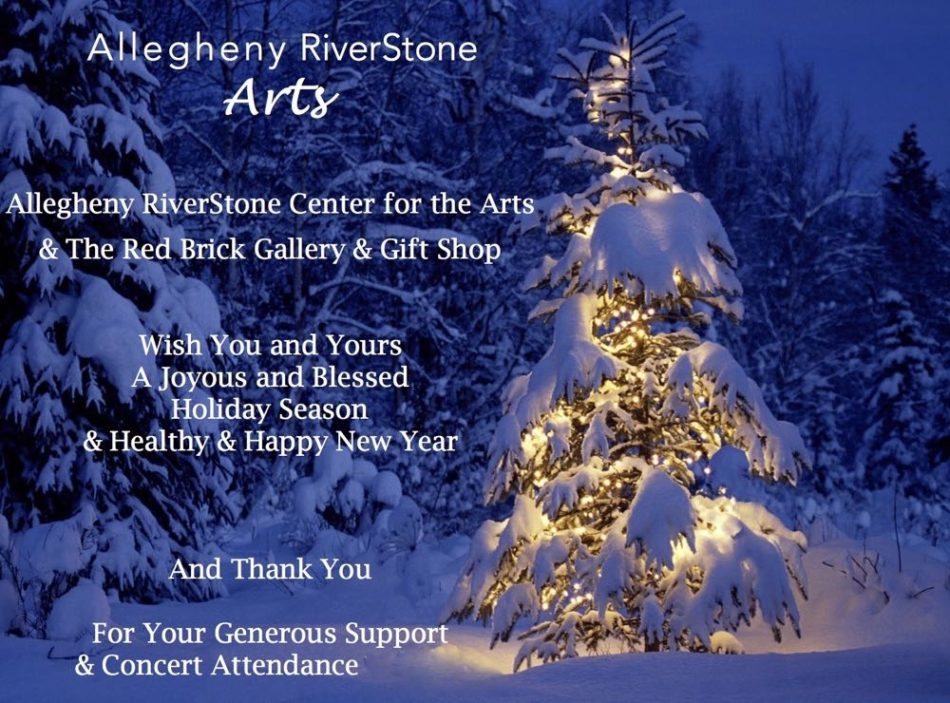 Happy New Year!  Thank you for your generous support and concert attendance in 2016.

During the 2016 season of the Allegheny RiverStone Center for the Arts celebrated its 10th Anniversary Season with memorable concerts and art exhibits.  What ARCA has accomplished in these ten years has only possible because of YOU – our devoted audience members and donors.

The 2016 season also was a banner year with more people than ever before attending concerts and viewing Red Brick Gallery Exhibits and with record funds raised from new and loyal donors and members.

The Board of Directors of Allegheny RiverStone Center for the Arts and The Red Brick Gallery Cooperative Artists extend their warmest thanks to you – our treasured donors and audience members – for your generous support of our vision to bring world class music and art to the beautiful Allegheny River valley.

We hope you have had a joyous and blessed holiday season and wish for you a healthy, fulfilling, and Happy New Year.

Join us as ARCA begins its second decade in 2017

As ARCA begins its second decade, the 2017 season promises to bring more world class music and art to the beautiful Allegheny Valley.  Check back with us soon for our event listings for the Winter and Spring Seasons and information about Red Brick Gallery exhibits during the 2017 season.

ARCA’s new membership brochure also will be online in the New Year.  You can sign up to receive newsletters and and information about ARCA’s new 2017 season and membership events on this site.

Heartiest wishes for a banner 2017!