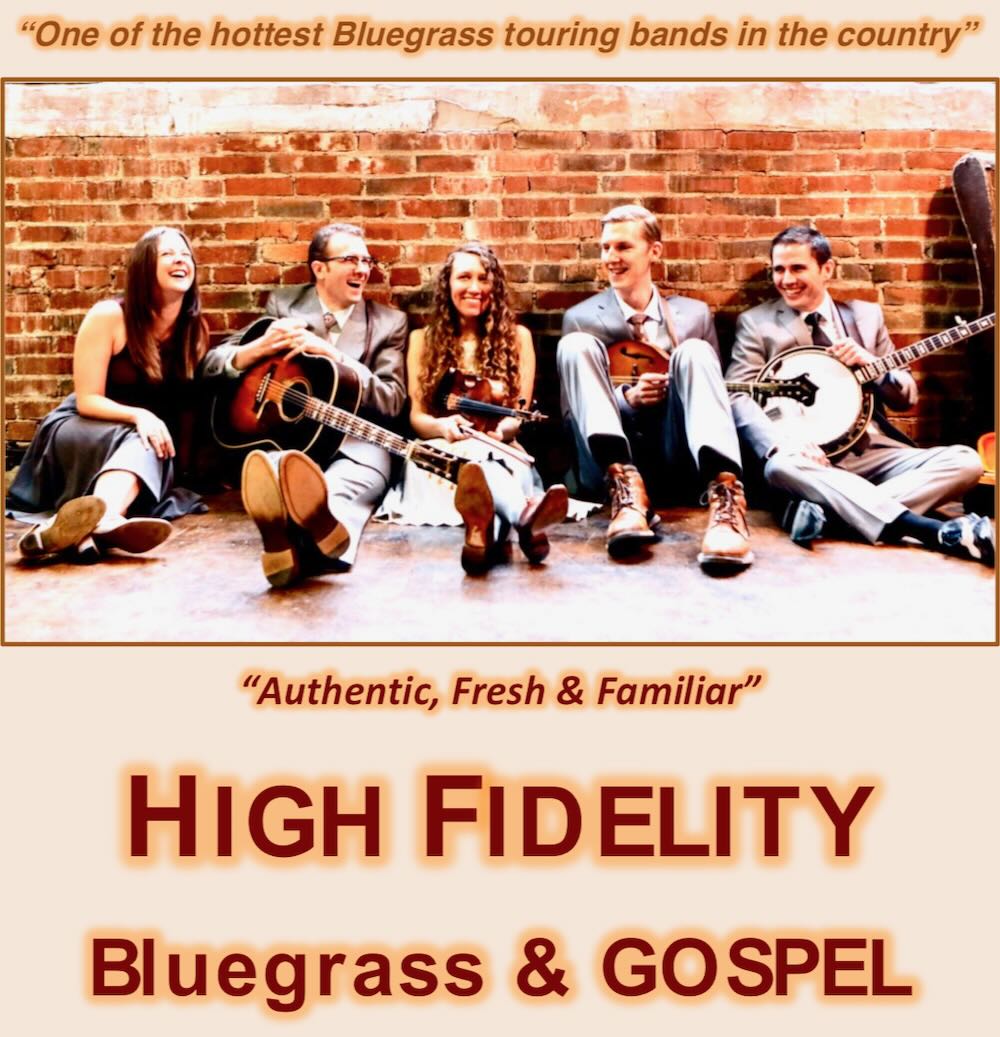 What a way to begin Mother’s Day Weekend with the sweet harmony, dazzling instrumentals and joyous musical energy of the young, bluegrass touring-band and recording artists HIGH FIDELITY on Friday, May 12 at 8:00 PM.

Come on down to the river and be inspired by this refreshing and scintillating young group that is taking the Bluegrass world by storm with their dazzling solo and duo instrumental performances as well as masterfully-constructed vocal harmonies.  They sold out their first performance in Lincoln Hall in 2021 and are now back by popular demand – so be sure to reserve early! 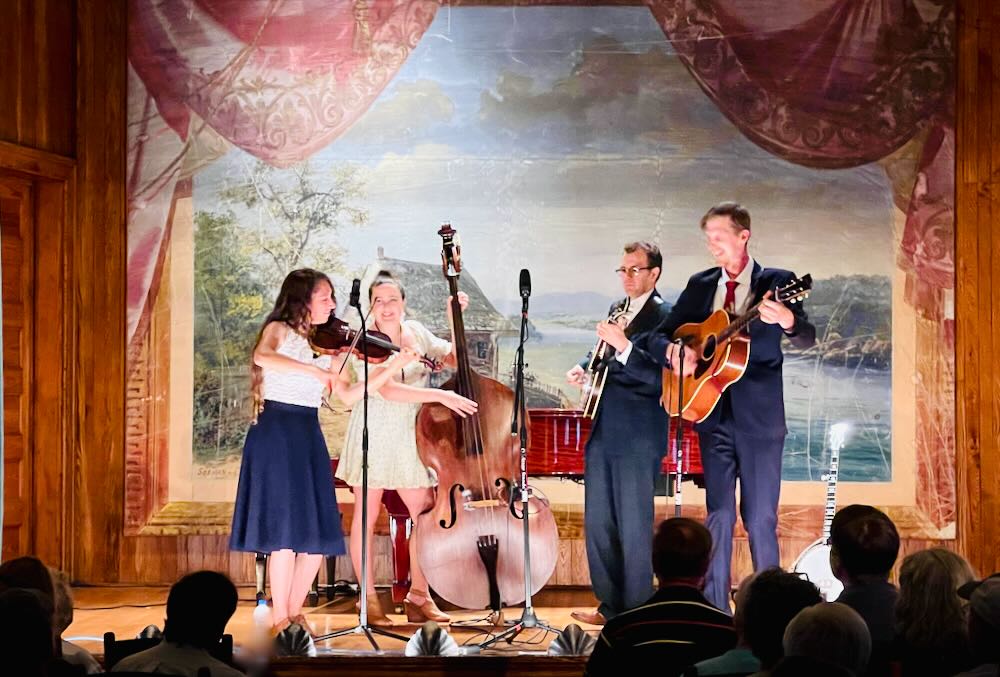 Many have collected the great bluegrass records of the 1950’s & ‘60s.  High Fidelity has a passion for the past, appreciating the power and soul of the music of that classic era that won the hearts of people all across the country and around the world. High Fidelity’s close harmony and blazing instrumentals present a meaningful interpretation of the past – capturing the true essence of the music of the genre’s early masters.

And yet, High Fidelity interprets this classic era bluegrass with the fresh perspective of today’s young generation. Their presentation of vintage bluegrass has been said to be “authentic, fresh and familiar”.

And the whole band sings… with a power that comes from a deep well of soul & their Christian faith. This is some of the best gospel you’ll hear!

All of this is why High Fidelity is so warmly received and loved by every audience for whom they perform – both grandparents and their grandchildren!

Give your bluegrass lovin’ ears a blessing as you flash back to the glory of the classic era greats in the refreshing, heart-warming and soul-stirring artistry of one of the hottest bluegrass touring bands in the country – HIGH FIDELITY! 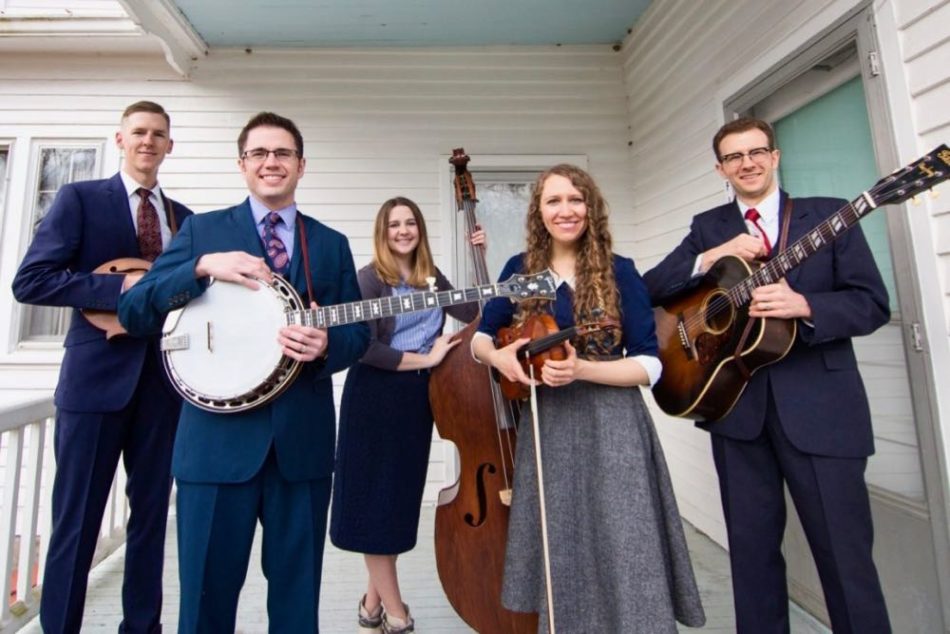 Post-COVID, open theatre style seating has returned to 100% capacity.  There is no mask nor vaccine passport requirement. 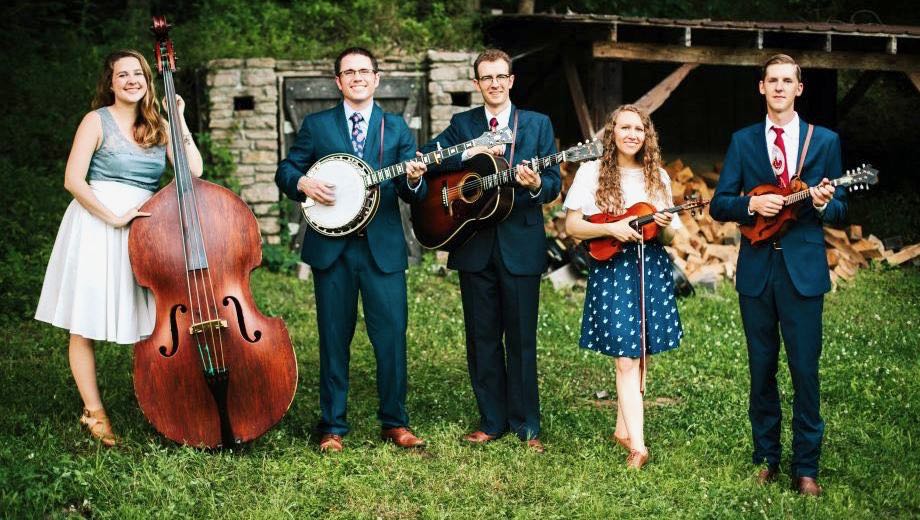 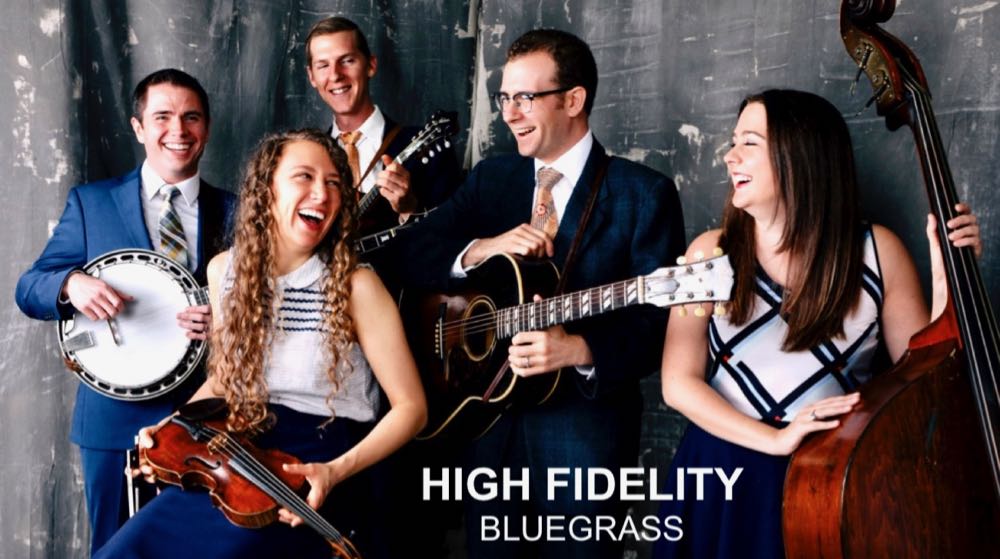 Many folks remember the great bluegrass records from the 1950s and ‘60s. The power and soul of that music has won the hearts of people across the globe. Few bands have come along in recent years that directly draw their influence from that classic era of the music’s history. High Fidelity is a rising group whose love and devotion to that music is unsurpassed. The name alone says it all: HIGH FIDELITY. How many record albums have you seen from the ‘50s and ‘60s that bear those words? Herein lies the heart of what this group of young performers is all about.

Formed in early 2014, the group received its first achievement with a first place win in the International Band Championship at the 40th Annual Society for the Preservation of Bluegrass Music of America (SPBGMA) Awards in February of 2014. In 2019, they were nominated for International Bluegrass Music Association (IBMA) New Artist of the Year.

High Fidelity draws much of their inspiration from bands like Don Reno & Red Smiley, The Stanley Brothers, The Louvin Brothers, Jim & Jesse, and a host of lesser known regional artists from the same era. Many have described them as the new Johnson Mountain Boys, interpreting classic era bluegrass through the fresh, young perspective of today’s generation. Maybe it is this quality that makes High Fidelity so warmly received and widely loved by every audience they perform for – both by the grandparents and the grandchildren.

The band consists of five outstanding musicians and singers who are steeped in the sounds of tradition. 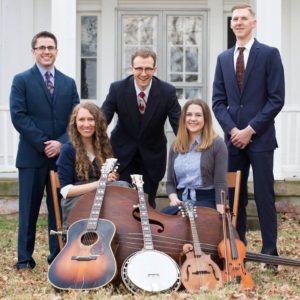 Jeremy Stephens, guitarist and lead vocalist for the group, has worked for the world famous gospel group The Chuck Wagon Gang, on the television show Ray Stevens’ Nashville, and most recently with Jesse McReynolds & the Virginia Boys.

Corrina Rose Logston, fiddler and harmony vocalist, has worked with a who’s who of today’s traditional-based bluegrass performers, most notably Jesse McReynolds & the Virginia Boys and Jim Lauderdale.

Vickie Vaughn, who plays upright bass and contributes vocals, has worked in recent years with Patty Loveless and Ricky Skaggs.

Multi-instrumentalist and harmony vocalist Daniel Amick, has won numerous instrumental contests across the southeast and is a recipient of IBMA’s 2019 Instrumentalist of the Year Momentum Award.