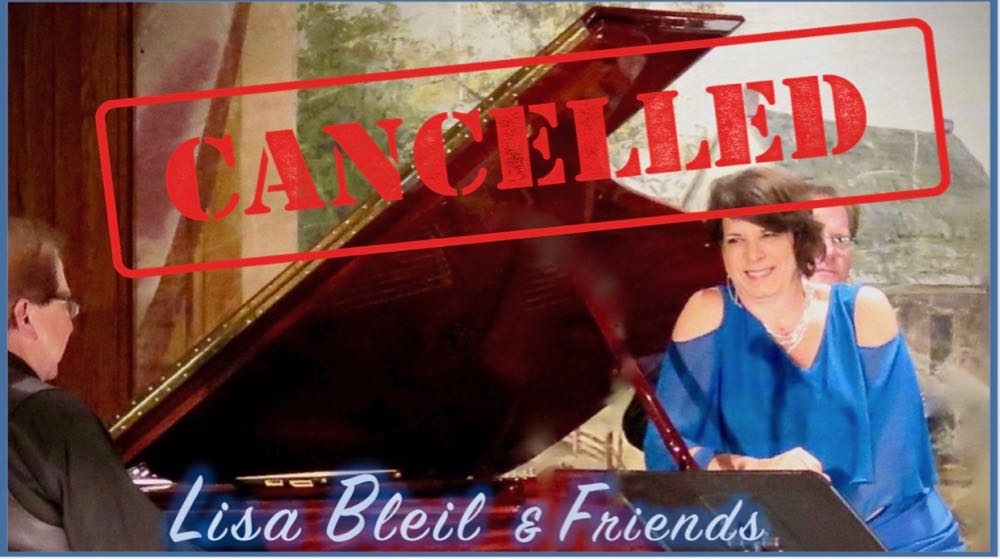 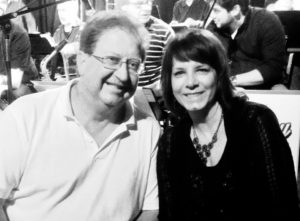 Allegheny RiverStone Center for the Arts is proud to welcome back by popular demand versatile vocalist Lisa Bleil as featured soloist with ARCA’s favorite – keyboardist, John Burgh – and some of Pittsburgh’s premiere instrumentalists, including Eric Defade, Saxophone; Bob Insko, Bass; and Dr. David Glover, Drums.  Lisa headlined for two years in ARCA’s outdoor concerts at RiverStone Farm in 2017 and 2018 and joined the John Burgh JAZZ ALL STARS in 2019 with Benny Benack Jr and Benny Benack III in Lincoln Hall.

LISA BLEIL is known for her performances on the Emmy-winning PBS series “Live From Studio A” and can also be seen on the nationally-televised PBS specials  “Rock, Rhythm & Doo-wop” and “Red, White & Rock” performing with Frankie Avalon, Frankie Valli, Connie Francis, Englebert Humperdink, among others.

LISA’s beautiful, romantic ballads are sure to charm and perhaps inspire you to enjoy a slow dance with your sweetheart at the back of Lincoln Hall. Many, however, may prefer to sit and enjoy her gorgeous voice and extraordinary musical variety – AND her musicians’ outrageous instrumental riffing… an entertainment delight! 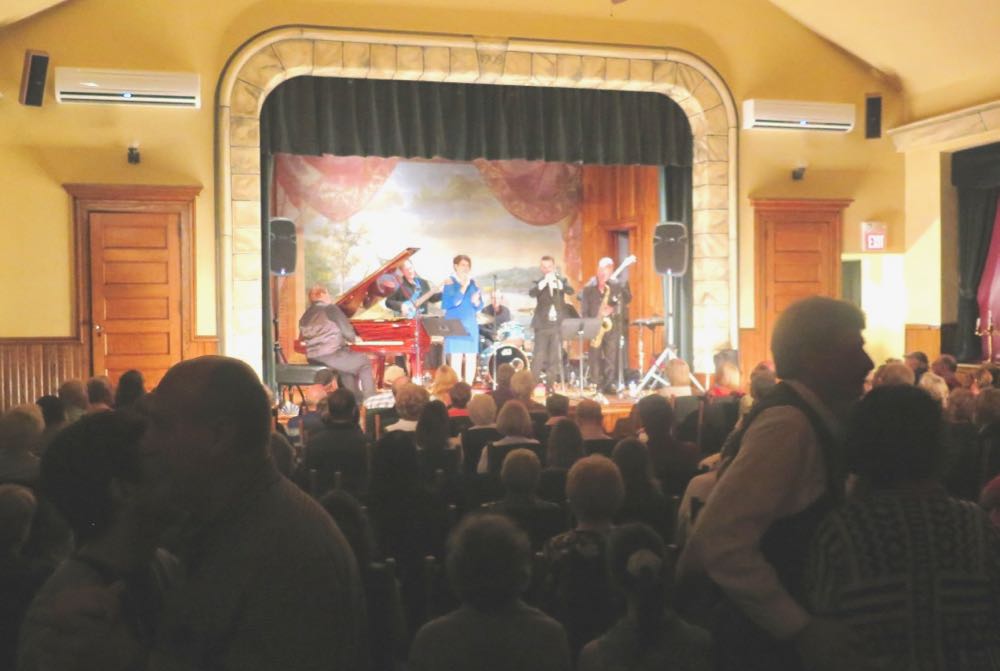 For those of you wanting to dance to something a little more up tempo, you’ll love Lisa’s versions of Whitney Houston and others.  ARCA members attending the Outdoor concerts in 2017 and 2018 at RiverStone Farm will remember Lisa’s thrilling vocalism ranging from soft jazz ballads from the Great American Song Book to the 80’s anthem “I will survive”. 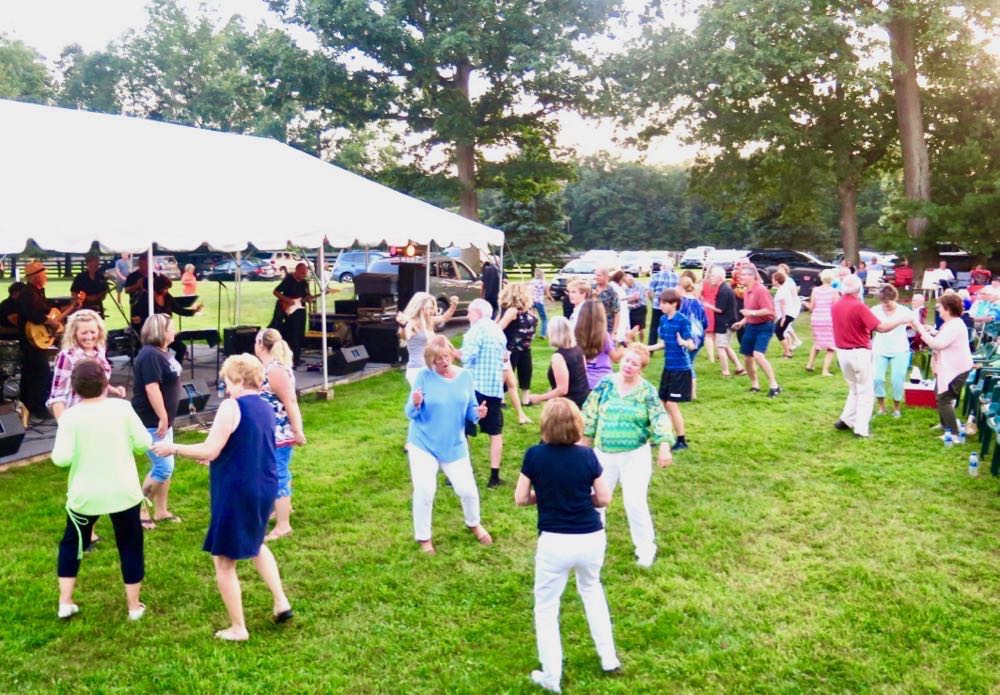 Here is Lisa singing Michael Jackson and the Jackson 5’s “I want you back” with the John Burgh Big Band at the 2018 ARCA Summer Outdoor Concert. 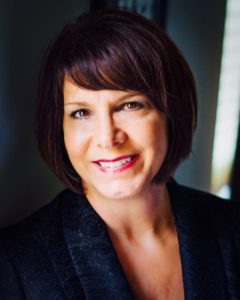 Allegheny RiverStone Center for the Arts is proud to welcome back by popular demand versatile vocalist Lisa Bleil for the fourth time!  Lisa headlined for two years in ARCA’s outdoor concerts at RiverStone Farm in 2017 and 2018 and joined the John Burgh JAZZ ALL STARS in 2019 with Benny Benack Jr and Benny Benack III in Lincoln Hall.

LISA BLEIL is known for her performances on the Emmy-winning PBS series “Live From Studio A” and can also be seen on the nationally-televised PBS specials  “Rock, Rhythm & Doo-wop” and “Red, White & Rock” performing with Frankie Avalon, Frankie Valli, Connie Francis, Englebert Humperdink, among others.

This amazing and versatile vocalists was classically trained! LISA BLEIL has been singing professionally since she was 18. She attended Carnegie Mellon University where she majored in classical vocal performance, and since then she has performed in nearly every facet of the business. From jingles to theater to television to teaching…she even did singing telegrams in college! 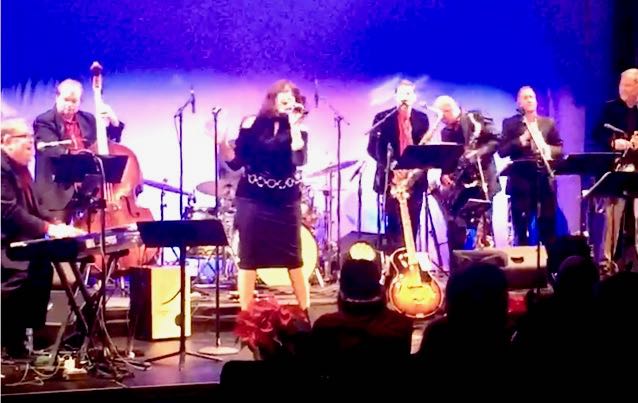 Lisa is currently teaching vocal jazz at West Virginia University and can be heard singing at events and clubs around the Pittsburgh area.  Lisa is a regular at Andy’s in the Fairmont Hotel and has fronted several local bands over the years, most recently Cityscape.

John Burgh and his band have been so popular with ARCA Members over the years, performing for two summers at the Outdoor concerts at RiverStone Farm and last year in Lincoln Hall with a six piece band including BENNY BENACK JR, BENNY BENACK III and LISA BLEIL.

Before the concert stop by the Red Brick Gallery and Gift Shop to enjoy the offerings of talented Cooperative Artists from the region.

Enjoy a walk along the Allegheny River trail or rent bicycles with Foxburg Tours OR have a Segway tour of beautiful RiverStone Estate in the morning or early afternoon!  Have lunch at the Allegheny Grille with seating overlooking the Allegheny River, or for more casual fare, at Foxburg Pizza with salads, sandwiches and pizza.  Save time to enjoy wine tasting at Foxburg Wine Cellars and savor a gourmet coffee and hand made chocolate at Divani Chocolatier and Barrista.  Or spend the night in Foxburg in the lovely Foxburg Inn or up the river at Emlenton’s bed and breakfast,  The Barnard House.