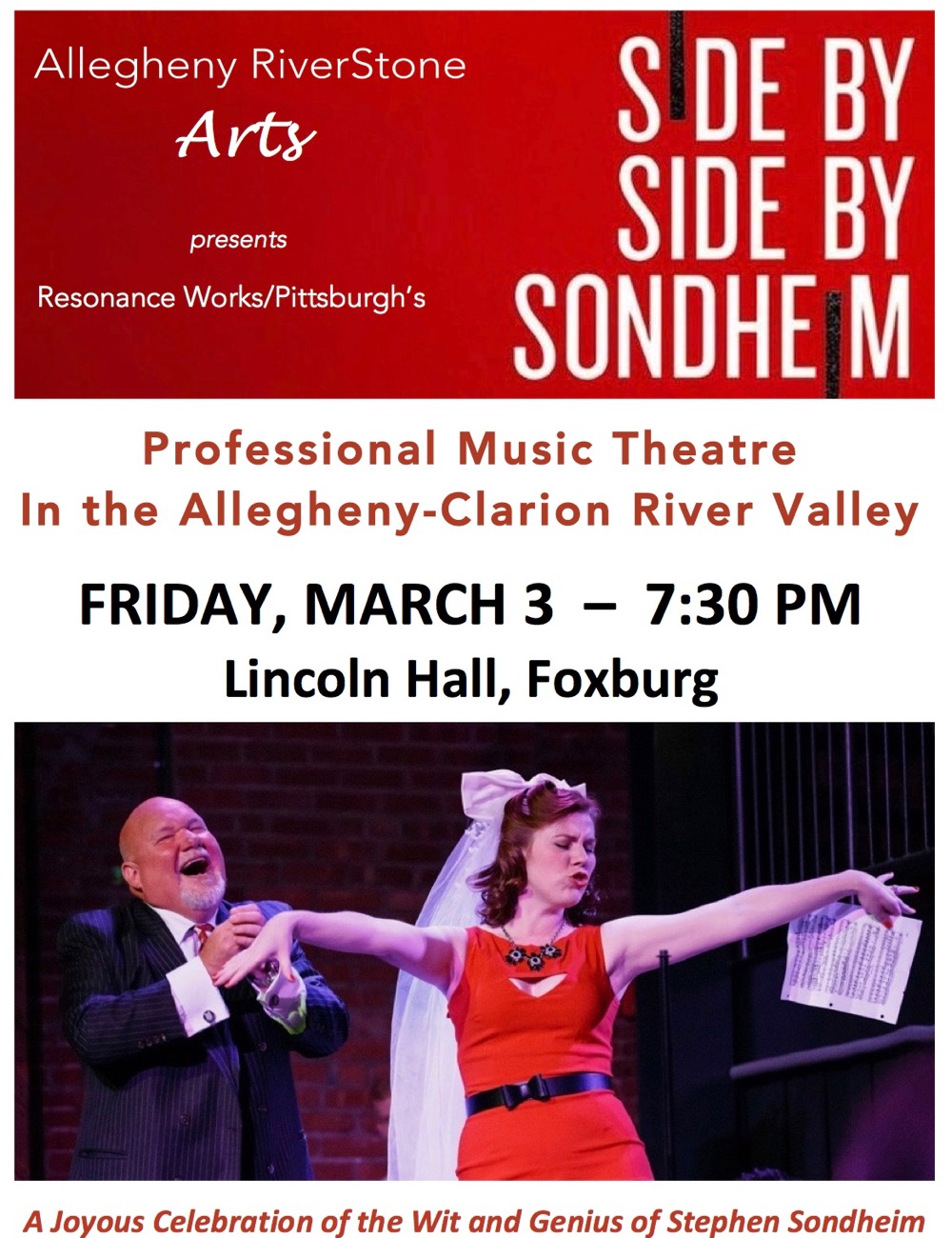 Do you LOVE Broadway musicals and professional musical  theatre – but can’t get down to Pittsburgh or New York City?  Then this sophisticated, professional musical theatre revue of Broadway’s musical and dramatic genius, Stephen Sondheim, right here in FOXBURG is for you!!

In its debut in the Region on Friday, March 3 at 7:30 PM in Lincoln Hall, Allegheny RiverStone Center for the Arts is proud to present a professional stage production of the Tony award winning revue, Side by Side by Sondheim – produced by Pittsburgh’s innovative company, Resonance Works.

This celebration of the wit and genius of musical theater’s most influential artist of the last half-century – Stephen Sondheim – features favorite numbers from Company, Follies, A Little Night Music, A Funny Thing Happened On The Way To The Forum, Anyone Can Whistle, and Pacific Overtures, plus his collaborations with giants Leonard Bernstein, Jule Styne and Richard Rodgers. 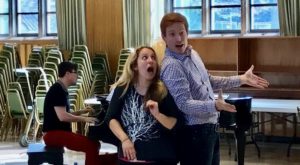 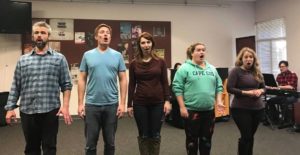 “Sondheim’s brilliant music has long been beloved by opera and musical theater performers alike. His songs and productions are pieces of remarkable workmanship – crossing different styles of music and theater, and taking on issues of contemporary life with his brilliant wordplay. Marriage, relationships, madness, nostalgia, injustice, revenge, and the human condition are explored in meaningful ways” says Artistic Director Maria Sensi Sellner. “This revue also presents a number of lesser-known but marvelous songs that you will be glad to know, from shows like The Mad Show and The Seven-percent Solution.”

The brilliant stage director, Craig Joseph, returns after directing Resonance Work‘s Trouble in Tahiti last season.  Singing Sondheim’s tasty, introspective and dramatic numbers will be seasoned RW professional singers from New York City and the Pittsburgh region – Hilerie Klein Rensi (Evidence of Things not Seen), Rebecca Shorstein (Elixir of Love, Cinderella), Daniel Teadt (Amahl, Evidence of Things not Seen), and Christopher Scott (Evidence of Things not Seen).  Carnegie Mellon alumna Gillian Hassert, who will have just returned from the national tour of Fame, makes her Resonance Works debut.  The production will be narrated by Pittsburgh’s opera and musical icon, Anna Singer (Pittsburgh Opera – Daughter of the Regiment and popular on-air host of classical WQED) – who may have a musical surprise of her own!  Duo pianists are the extraordinary Rob Frankenberry and Sara Chiesa. 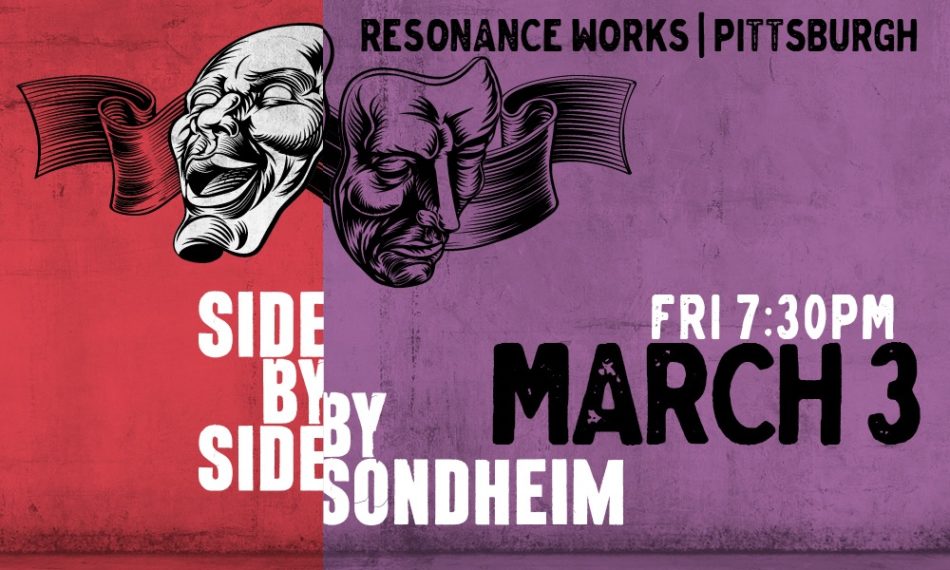 In less than four years, Resonance Works has quickly become an important part of the professional arts ecosystem in Pittsburgh, and is committed to maintaining a rich and vibrant community of professional musicians in the region. Resonance Works’ multi-modal approach takes the form of a variety of musical performances that may include opera, chamber music, orchestral music, and choral music, often with interwoven elements of dance, visual media, and spoken word.

Resonance Works embraces all of Pittsburgh. Venues are carefully chosen to enhance and inform each performance project, and celebrate spaces throughout Pittsburgh –  the North Side, in Shadyside, Downtown, Regent Square, Oakland, and the Strip District in Pittsburgh… and now they coming to the other ‘Burgh – Foxburg.

This is its first run out performance for ARCA in Foxburg’s Lincoln Hall. 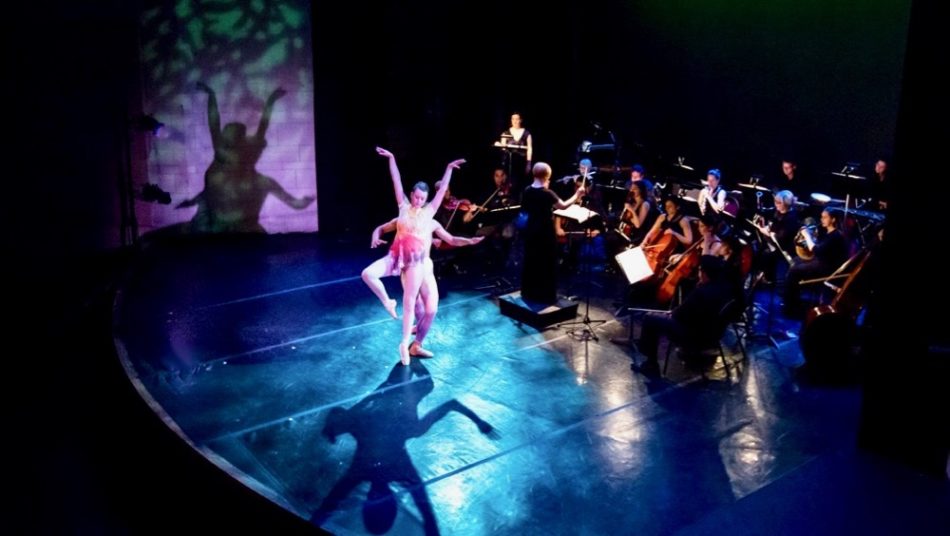 Resonance Works is an artist-driven, collaborative, multi-modal performing arts company dedicated to exploring the confluence of artist, audience, music, and space through performances that empower musicians and engage audiences.

Artist-driven programming sets Resonance Works apart. They create our seasons to showcase outstanding professional artists from Pittsburgh and beyond, performing in a variety of venues in Pittsburgh.  Their artists are creative partners in every way – performers, administrators, board members, and donors – and their work has quickly become an important part of the professional arts ecosystem in Pittsburgh. They are committed to maintaining a rich and vibrant community of professional musicians, and work to produce performances that complement the work of larger organizations such as the Pittsburgh Symphony, Opera, and the Ballet.

A multi-modal approach: They present a variety of musical performances that include, but are not limited to opera, chamber music, orchestral music, and choral music, often with integrated elements of dance, visual media, and spoken word. Their venues are chosen to enhance and inform each of our performance projects, and celebrate spaces throughout the city. Exciting collaborators include Cello Fury, Texture contemporary Ballet, and the University of Pittsburgh Department of Theater Arts.

In their first three seasons, the spectrum of their programming has included fully-staged operas by Verdi, Donizetti, Massenet, and Menotti; orchestral works by Shostakovich, Mahler, Bach, de Falla, Piazzolla, Debussy, Respighi, and Copland; vocal works by Britten, Pergolesi, Rorem, Bernstein, and Pittsburgh’s own Nancy Galbraith; and chamber works by Barber, Bach, Boulanger, and many others. In addition to our mainstage productions, they offer a popular Resonance Chamber @ The Cloak Room chamber music series with programs curated by their artists that riff off of our mainstage projects.  www.resonanceworks.org 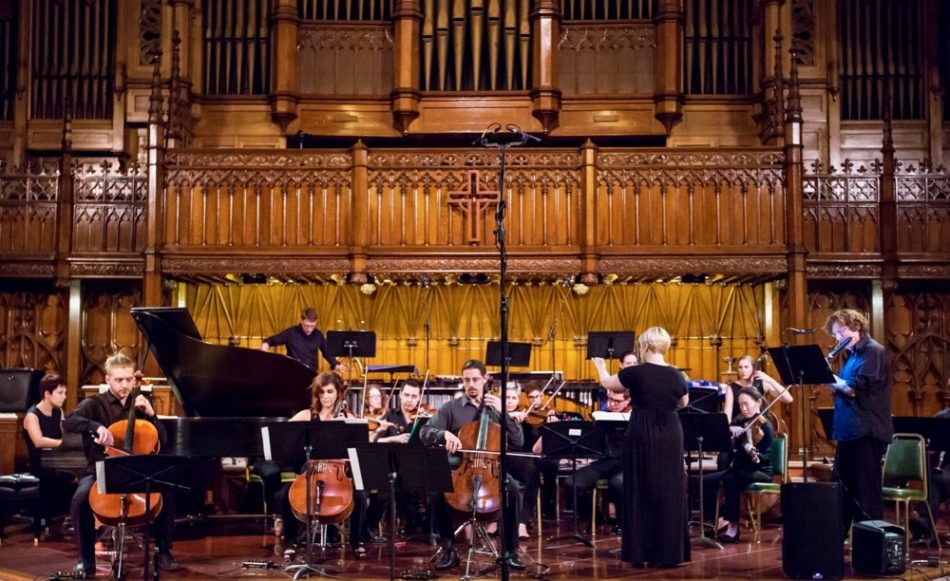 Resonance Works was founded in 2013 by Artistic Director Maria Sensi Sellner who is recognized for her versatility as a conductor of opera, orchestras and choruses. The first three-time winner of The American Prize for Opera Conducting, she is active as an opera conductor throughout the northeast, and has previously held positions with the Mendelssohn Choir of Pittsburgh, the Akron Symphony, and Carnegie Mellon University. Maria holds degrees in conducting, composition, and engineering from Carnegie Mellon University. www.MariaSensiSellner.org

Side by Side by Sondheim