Ring in the Christmas Season as Pittsburgh’s Three Rivers Ringers return Emlenton’s United Methodist Church on Saturday, December 5 at 2:00 PM. Experience the joy, wonder and beauty of the holiday season in their Winter Concert Program.   The virtuosity of Pittsburgh’s premier handbell ensemble will be on display in delightful selections from Tchaikovsky’s The Nutcracker, as well as timeless favorites like O Christmas Tree, Stille Nacht and more. They take the magical sound of handbells to new heights  – come join us and be amazed and inspired!

As a teaser for the concert, enjoy listening to LeRoy Anderson’s Sleigh Ride on youtube. 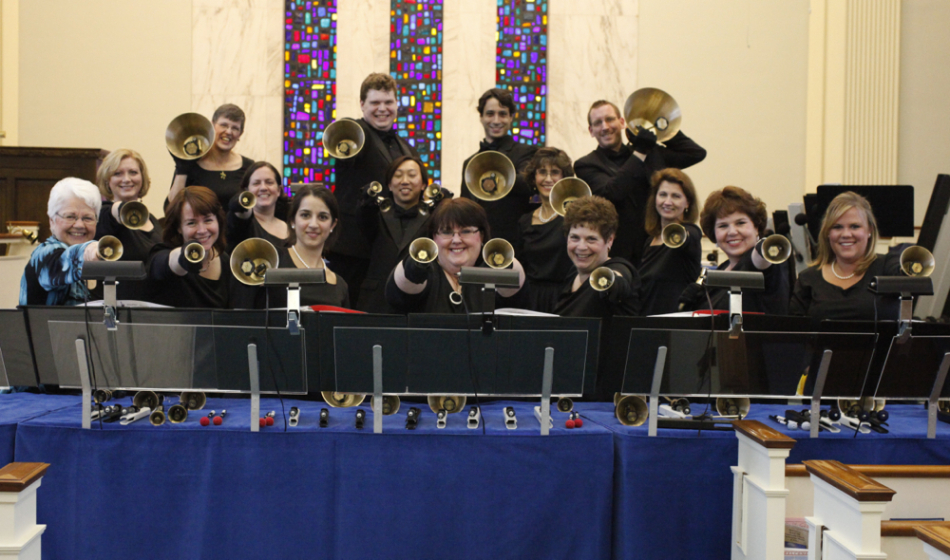 Please check back for the 2015 Program. Last year’s concert program is listed below.

Over the River and Through the Woods traditional American tune, arr. Valerie Stephenson 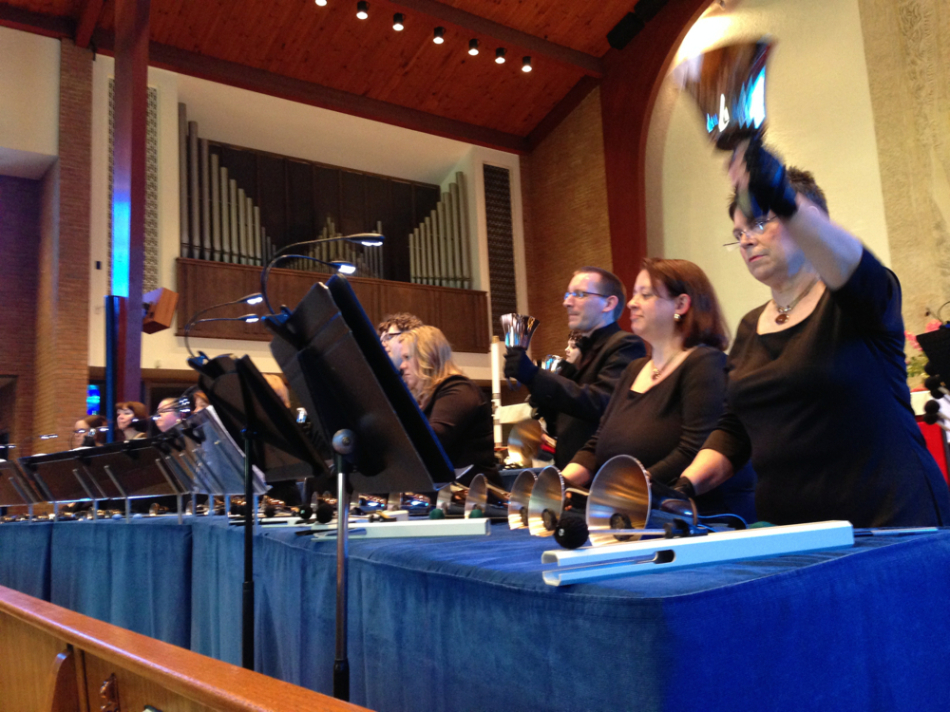 Allegheny RiverStone Center for the Arts is pleased to bring back to the Allegheny-Clarion River Valley by popular demand the Three River Ringers, making its debut performance last year an annual tradition for you and your family.  The audience certainly will be amazed as the Three Rivers Ringers perform virtuosic movements from The Nutcracker, in addition to traditional holiday selections in its Christmas Program. 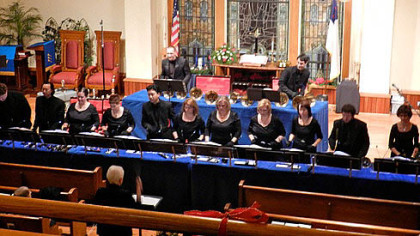 The inspiring 2015 Christmas Concert of the Three Rivers Ringers ensemble returns to the Emlenton United Methodist Church’s excellent acoustics in its sanctuary and its intimate seating arrangement.  The Ringers once again will offer traditional Holiday favorites which include selections from a perennial favorite, The Nutcracker.  Emlenton UMC Reverend Kent O’Neil is pleased and excited to host this event in the spacious sanctuary of the beautiful Emlenton United Methodist Church and encourages everyone to attend. 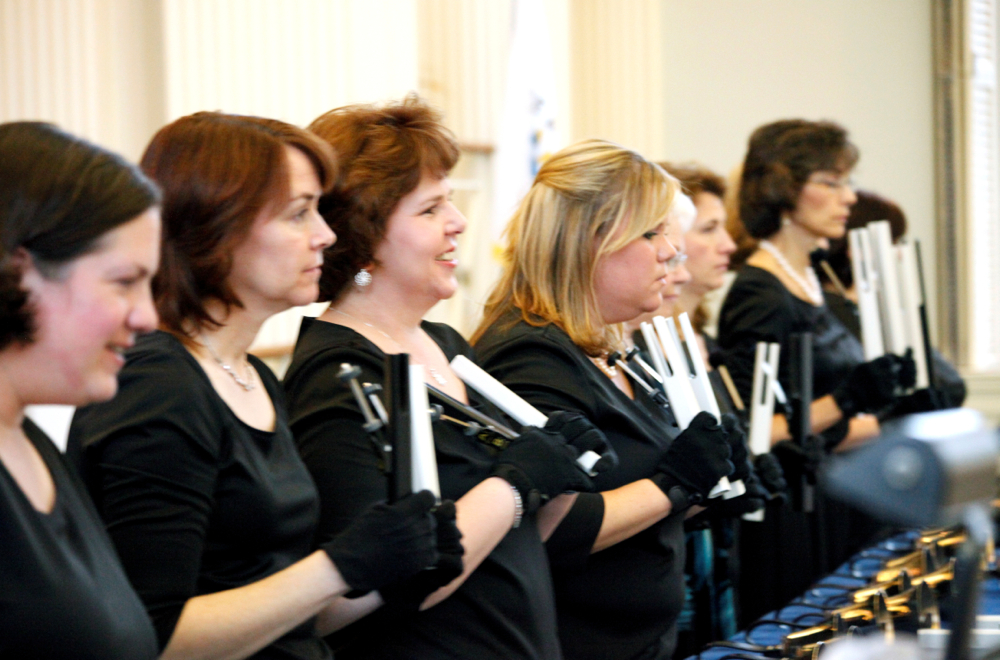 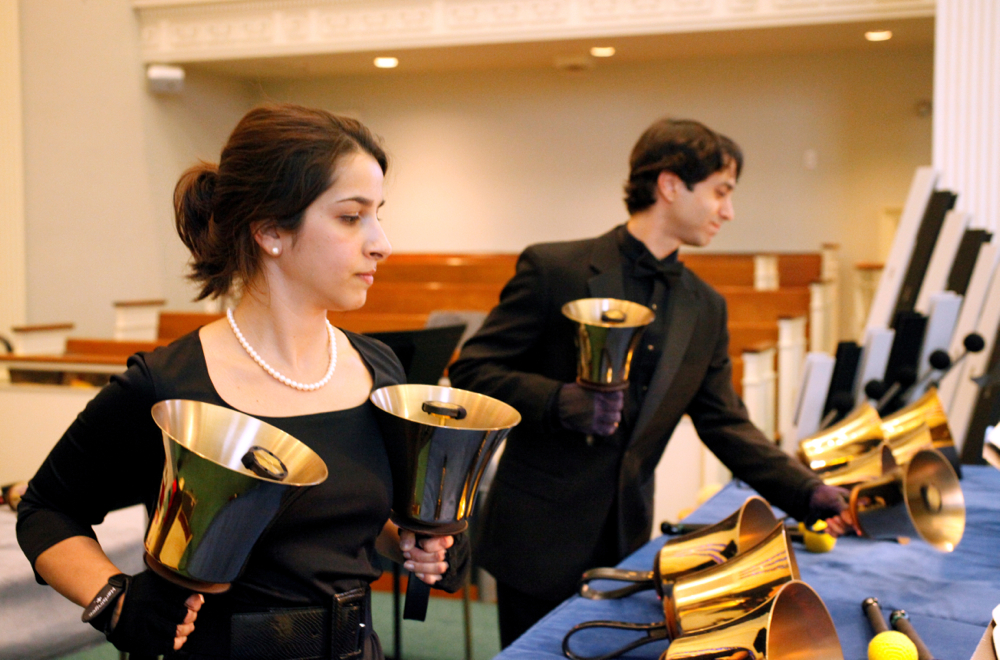 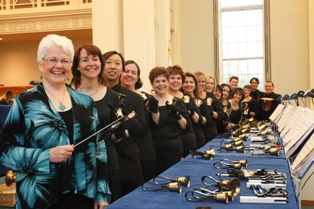 Artistic Director Nancy Lutz along has worked tirelessly to secure bells and hand chimes of the highest quality. Nancy states: “We brought this group together so that ringers and enthusiasts could experience this instrument to its fullest musical potential.” Their inventory consists of 6 octaves of Schulmerich handbells and 6 octaves of Schulmerich and Malmark hand chimes. This extraordinary collection offers an extremely wide range of notes and colors, thus allowing arrangers creative freedom in transcribing well known classics such as The Nutcracker for the unique requirements of the ensemble. Each musician has to use several bells, sometimes as many as eight, and place their notes with exacting precision. This skill may even require the use of three bells in one hand. Each bell can be played at least 19 different ways using various techniques, not even counting dynamics! 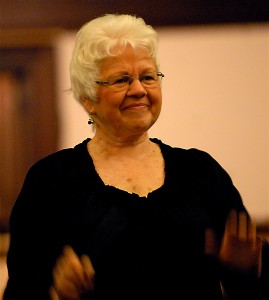 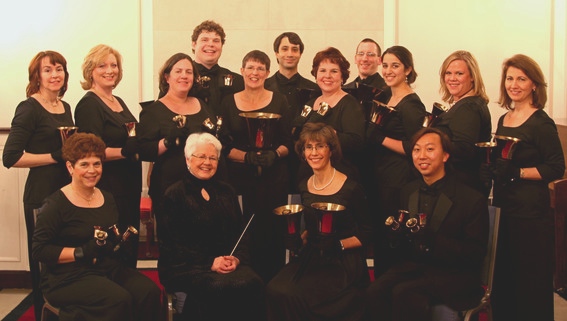 TRR had a successful 2012–13 concert season, giving 14 public performances (plus private events), premiering a major new work for handbells and narrator, and featuring a wide range of classical music in the spring. They have also begun to acquire equipment of our own; in addition to tables, mallets, and a new set of Schulmerich Silver Melody Bells, they are extremely pleased to announce that after only 3.5 years of existence, Three Rivers Ringers has taken delivery of its own 6-octave set of Schulmerich handbells and 3 octaves of Schulmerich chimes!

Three Rivers Ringers exists to advance the art of handbells.  They  are available to give concerts throughout the tri-state area, and also offer educational programs for ringers and directors.  In 2013–14, they gave 10 public concerts, made our first trip to Ohio, and worked on their first commercial recording project.