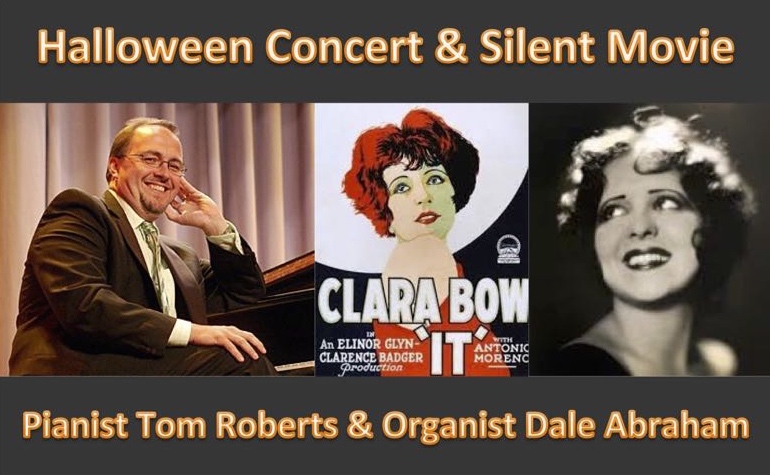 Allegheny RiverStone Center for the Arts continues it’s Tenth Anniversary celebration of the first theatre organ concert performed on the McKissick Mighty Wurlitzer Organ in 2006.  Join us on Friday, October 28, 2016 at 7 PM in Lincoln Hall for an evening of world class keyboard artistry and one of film history’s iconic silent films, “It”.

ARCA has had a tradition of presenting silent movies accompanied on either our Wurlitzer theatre organ OR the Steinway piano.  This year experience a FIRST in Lincoln Hall – a silent movie accompanied by BOTH piano and organ AND before intermission Piano/Wurlitzer organ duos featuring celebrated stride pianist, Tom Roberts, and theatre organist and host of 90.5 WESA’s radio program, “Rhythm Sweet & Hot,” in Pittsburgh, Dale Abraham, on the McKissick Mighty Wurtlizter Theatre Organ.

WHAT ARTISTRY – WHAT FUN!  Dale is an organist who promotes the authentic rhythmic styles of the 1920s and 1930s and Tom is a world renowned piano player most noted for his love of early jazz and considered one of the finest pianists today in the exciting Harlem stride piano style.  Announcing the release of Roberts’ first solo CD Solo Art Records stated: His new CD is one of the finest solo piano recordings in the entire Solo Art catalogue… truly a four-star session with some of the finest jazz piano you’ve heard in a long time.”

After Intermission – Clara Bow, the “IT” Girl

After a costume parade at intermission (and awards for best costumes – of course), experience the Roberts-Abraham piano/organ duo as the “orchestra” for the famous silent movie, “IT”, featuring that roaring twenties siren, Clara Bow – The “IT” Girl!  Pianist Tom and organist Dale have a special love for silent films.  They have together accompanied films featuring Harold Lloyd (“Hot Water”), Buster Keaton (“Seven Chances”) and Clara Bow (“It”).

Become part of the Halloween FUN and festivities by dressing in Roaring Twenties dress or in a Halloween costume of your choice or present a “treat” of your own.  Halloween candy WILL be given out. 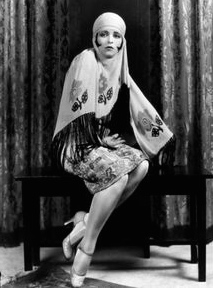 Of course, there will be a costume contest, with prizes awarded in several categories. Don’t be bashful, audience members from 8 months to 80 years old arrive in all manner of home-made or store-bought outfits… shy or outrageous, join the fun as you enjoy the world class piano and organ music accompanying one of film history’s legendary silent movies..

“It” is a 1927 silent romantic comedy film which tells the story of a shop girl who sets her sights on the handsome and wealthy boss of the department store where she works. It is based on a novella written by Elinor Glyn and originally serialized in Cosmopolitan magazine.

Because of this film, actress Clara Bow became a major star of the highest magnitude, and a result, became known as the “It girl”. The picture was considered lost for many years, but a nitrate-copy was found in Prague in the 1960s. In 2001, “It” was selected for preservation in the United States National Film Registry by the Library of Congress as being “culturally, historically, or aesthetically significant”. 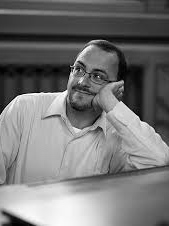 Tom Roberts is one of the leading exponents of early jazz piano in the world today. He has performed on The Tonight Show with Johnny Carson, and A Prairie Home Companion with Garrison Keillor. He was the featured pianist at the International Stride Piano Summit in Zurich, Switzerland, 2001 and 2009. Tom was the pianist for Vince Giordano and the Nighthawks in New York City (recent Grammy winners for the soundtrack to Boardwalk Empire) and the pianist and musical director for Leon Redbone for six years.

Tom has performed twice at New York’s Carnegie Hall in 2003, once with Skitch Henderson and the New York Pops. He was featured in 2003 in solo with Dick Hyman at the prestigious Jazz In July series at New York’s 92nd St. Y. Tom has performed multiple times at The New Orleans Jazz and Heritage festival including a solo performance at The Professor Longhair Society’s Piano Night At Tipitina’s. He has performed throughout Europe as a member of multiple ensembles from New Orleans and as a member of The Ortner Roberts Duo.

Roberts has arranged and performed music for the soundtrack of the Martin Scorcese film The Aviator; for the syndicated PRI show Riverwalk Jazz, Live from the Landing with the Jim Cullum Jazz Band; and a number of pieces for Wynton Marsalis and The Jazz at Lincoln Center Orchestra. Recently he has composed new musical scores for the Charlie Chaplin films One A.M. and The Rink through a commission from The Pittsburgh Symphony. 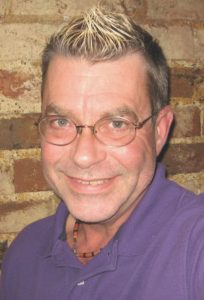 Dale Abraham is a theatre organist who promotes the authentic rhythmic styles of the 1920s and 1930s.  He is the house organist of the Hollywood Theater in Pittsburgh where he plays the Rodgers regularly before selected sound movies and has also teamed up with pianist Tom Roberts to accompany silent movies.  The Hollywood, through its “Silents Please!” program, screens silent films on a monthly basis.  Dale also is the president of the Pittsburgh Area Theatre Organ Society, which endeavors to present the only Wurlitzer Theatre Organ operating in a public venue in Pittsburgh.  Dale also co-hosts a long running radio program, “Rhythm Sweet & Hot,” on 90.5FM WESA in Pittsburgh.

Dale’s interest in theatre organ was sparked by Hector Olivera’s concerts on the South Hills Theatre Wurlitzer in Dormont during the 1970s. Dale was also fortunate to have been an organ student of Al DiLernia, a noted Pittsburgh musician who played piano, organ and accordion.

After college, Dale was a frequent artist for the various electronic Organ Clubs that once existed in Beaver and Allegheny Counties. By 1991, Dale was elected to the Board of Directors of the Pittsburgh Area Theatre Organ Society (PATOS), which endeavors to present the only Wurlitzer Theatre Organ operating in a public venue in Pittsburgh. He has served as the President of PATOS since 2013.

Since 1998, Dale has been associated with the radio program “Rhythm Sweet & Hot”, which has aired weekly on Saturdays since 1982 on 90.5FM in Pittsburgh, first on WDUQ and then on its successor WESA. From 1998 to 2006, Dale was the show’s producer and managed its syndication to a peak of about 60 radio stations in the U.S. and abroad. Since 2006, Dale has co-hosted “Rhythm Sweet & Hot” with Mike Plaskett, the program’s founder.