This performance showcases the amazing talent of her family in chamber music from the past to the present, including world premieres by Michael Gandolfi and Pittsburgh composer David Stock. Gretchen is married to James Gorton, retired Co-Principal oboist of the Pittsburgh Symphony and their daughter Heidi is the Principal Harpist of the Toronto Symphony and an award winning harp soloist in her own right. Rodrigo Ojeda, Pittsburgh Symphony pianist and Carnegie-Mellon university faculty member, will contribute his considerable talents to this performance.

The eclectic program will feature new arrangements for classic harp and harp duo music by Debussy, Hahn, DeFalla and Dussek and two world premieres in ARCA’s very own Lincoln Hall, including David Stock’s Mistral for Oboe and Harp and Michael Gandolfi’s Three Pieces for Solo Harp.  The program closes with a performance of “Concert Piece” for two harps and oboe/English horn by Eugene Goossens – with the promise of a glittery surprise for the audience!

As one audience member, who heard Gretchen Van Hoesen last year, said in anticipation of the concert featuring two harpists, “This promises to be a preview of heaven”… and all in the scenic beauty of the Allegheny-Clarion River Valley and Foxburg!  Join us for a mid-summer afternoon of sublime music making by world class musicians that is sure to delight and uplift.

A Meet the Artists in a reception will follow the concert with the opening of the Photo and Sculpture exhibit featuring works by Debra Pilchard Pruskowski and Bill Smith in the Red Brick Gallery and Shop.  The exhibit is running from Friday, July 18 to Sunday, August 10.

Gretchen Van Hoesen has been Principal Harpist of the Pittsburgh Symphony Orchestra since 1977 and has appeared as soloist with the orchestra on subscription concerts and on tour under conductors André Previn, Lorin Maazel, James Conlon, Zdnek Macal, Sergiu Comissiona, Pinchas Zukerman and Manfred Honeck. She has been active in the performance of new music, giving the New York and Pittsburgh premieres of Alberto Ginastera’s Harp Concerto, the Pittsburgh premiere of Witold Lutoslawski’s Double Concerto for Oboe, Harp and Chamber Orchestra with her husband, former Pittsburgh Symphony Orchestra Co-Principal Oboist James Gorton, the United States premiere of Suite Concertante for Solo Harp and Orchestra by Manuel Moreno-Buendia in San Antonio, Texas, the North American premiere of Concert Piece, Op. 65 for Oboe/English Horn, Two Harps and Orchestra by Eugene Goossens, and the world premiere of Sir André Previn’s Concerto for Harp.

Gretchen Van Hoesen has concertized all over the world and was selected to perform in the Super World Orchestra in Japan, an ensemble made up of key musicians from around the globe. She has been a featured soloist at American Harp Society National Conferences in Boston, Pittsburgh, San Antonio, Denton, Washington, D.C. and Fredonia, and served as a judge for National Competitions of the American Harp Society and as President of the organization’s Pittsburgh Chapter.

Gretchen Van Hoesen graduated from the Juilliard School, where she earned bachelor’s and master’s degrees in harp as a scholarship student of Marcel Grandjany and Susann McDonald. She is also a graduate of the Eastman School of Music Preparatory Department with highest honors in piano and harp, where she was a student of Eileen Malone. She studied further with Gloria Agostini.

Her recordings include Lullabies and Night Songs on the Caedmon label, Pavanes, Pastorales, and Serenades for Oboe and Harp, and Concertos for Harp and Orchestra, both on Boston Records, and Breath of Heaven, A Christmas Collection with soprano Sarah Botkin. Trio Pittsburgh, a CD with violinist Noah Bendix-Balgley and ‘cellist Anne Martindale Williams will be released this spring.

Ms. Van Hoesen is a faculty member of Carnegie Mellon and Duquesne universities and also maintains a private teaching studio at her home in Pittsburgh. 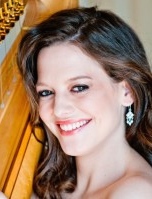 Recently hailed by the Pittsburgh Post Gazette as a performer who plays “with a flair that we are coming to know well,” harpist Heidi Van Hoesen Gorton has been described as one of the most outstanding solo, chamber and orchestral musicians of her generation. She has been presented in solo recitals everywhere from New York to Los Angeles, Vancouver to Vienna. She is currently Principal Harp with the Toronto Symphony Orchestra and has performed with the Pittsburgh Symphony Orchestra, the Boston Symphony Orchestra and the Hartford Symphony Orchestra with maestros Manfred Honeck, Andrew Davis, Marek Janowski, Yan Pascal Tortelier, Rafael Fruhbeck de Burgos, Gianandrea Noseda and James Levine. Ms. Van Hoesen earned two degrees in harp performance from The Juilliard School of Music under the tutelage of Nancy Allen, and has also studied with Gretchen Van Hoesen, Anne Marguerite-Michaud and Elizabeth Fontan-Binoche.

Heidi was awarded first place in the Young Professional Division of the American Harp Society (AHS) National Competition in June of 2009. She has been a winner of the Anne Adams Awards (2010) held in Tacoma, as well as the Victor Salvi Awards (2008) held in Chicago. In 2004, she was winner of the Lennox Young Artist Competition playing Gliere’s Concerto for Harp and Orchestra and the 2005 Juilliard School concerto competition in Mozart’s Concerto for Flute and Harp. In 2004 she was the First Prize winner of the American String Teachers Association (ASTA) National Solo Competition. She was invited back to ASTA to be a guest lecturer and master class clinician at the 2012 National Conference in Atlanta, GA. She has been featured twice as a soloist on ‘From the Top’ on NPR. 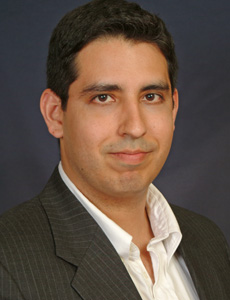 Venezuelan born pianist Rodrigo Ojeda began his piano studies at the age of ten. He completed his Bachelor’s Degree in piano performance at the IUDEM (Institute of Musical Studies) in 1997 under Arnaldo Pizzolante. In 1999 he went on to complete his graduate studies at Carnegie Mellon University with Enrique Graf where he also remained to complete his Artist Diploma certificate.

Mr. Ojeda has performed on master classes with such notable pianists as Kasimierz Giesrod ( former rector of the Frederic Chopin Academy in Warsaw ), Marek Joblonsky, Georgy Sandor, Marta Gulyas, and Earl Wild. His solo recitals include performances throughout Venezuela, Ecuador and most recently in the Piccolo Spoleto Festival in Charleston, South Carolina. He has performed concerti from an expansive repertoire of Tchaikovsky, Brahms, Gershwin, Grieg, Schumann, Mozart, Lizt (Totentanz), Cesar Frank and Prokofiev.

Currently Mr. Ojeda is an Artist Lecturer in Piano in the School of Music at Carnegie Mellon University as well as a piano faculty member in its Music Preparatory School. He has also been playing with the Pittsburgh Symphony since October 2006. His wife, Giuseppina, and son, Sebastian, reside with him in Pittsburgh, Pennsylvania.