On Saturday, November 15 the performance of the Pittsburgh Youth Symphony Orchestra in Foxburg’s Allegheny-Clarion Valley High School brought the packed house to their feet in a standing ovation!  Hear the exciting conclusion of Tchaikovsky’s Fourth Symphony on ARCA’s youtube channel. 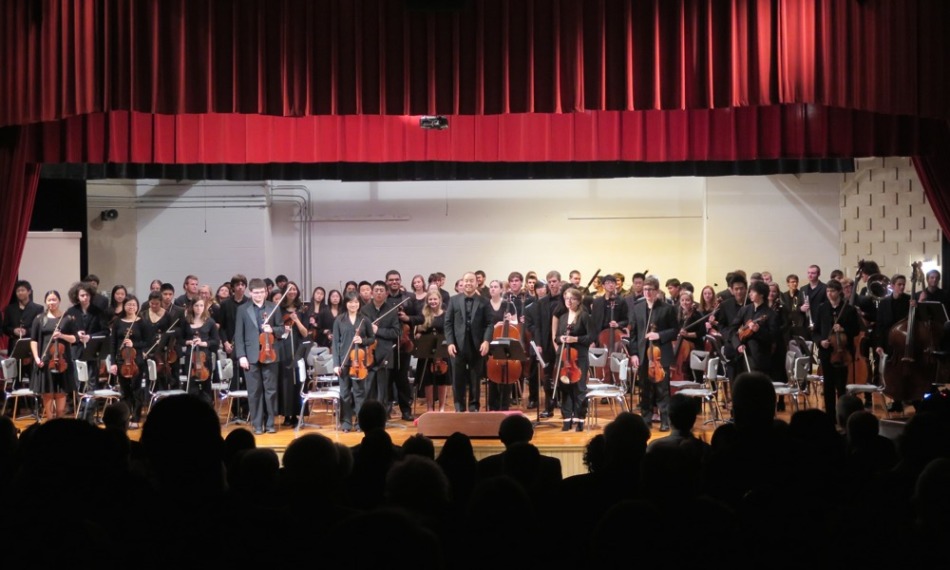 The 80 musicians of PYSO range in ages from 14-20 and are selected by rigorous audition and represent the best of their age group in the tri-state area. As ambassadors to the world on international tours, it’s obvious that these players have a passion for music.

Equally passionate are their parents, many of whom made the trip not only to hear the performance, but also to discover Foxburg and the beauty of the Allegheny-Clarion River valley. Young children were present throughout the house and for many, this was their first orchestra concert. It’s always a joy to see children spellbound with musical delights. 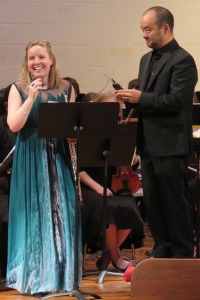 Led by the Pittsburgh Symphony’s Resident Conductor and PYSO Music Director, Lawrence Loh, the program showcased the group’s versatility. Loh’s opening remarks drew in the audience, explaining what to listen for in Aaron Copland’s Appalachian Spring Ballet Suite. The other American composer on the first half was Lowell Lieberman, whose Flute Concerto was performed amazingly by the Pittsburgh Symphony Orchestra’s Principal Flutist, Lorna McGhee.

Lorna McGhee aptly described the work’s three movements, leading the audience to listen for hints of Shostakovitch, Prokofiev and movie music. She said that the first movement was reminiscent of the movie ET, and that the ending movement, “ while aggressive, might be like something you’d hear in Star Wars, where you know the hero will win.”   An impeccable musician with superb technique, she delivered the incredibly fast passages in this easy-to-listen-to showpiece with flair and virtuosic panache. You guessed it-the audience leapt to their feet at the end!

One could hear the excited buzz from the audience during the intermission. It was wonderful to see WQED radio host Jim Cunningham and his wife, Laurie, in the audience, who made their first visit to the area to hear PYSO and take in all of Foxburg’s charms. Their son Jim plays viola in the orchestra. Needless to say, they were very impressed and promised to return.

The second half featured Tchaikovsky’s Fourth Symphony. As with the music on the first half, the audience was pin-drop silent during the work’s four movements.  At the end of the blazing Finale, cheers from the crowd demonstrated their complete enjoyment of the afternoon. Smiles were abundant as people left the hall. 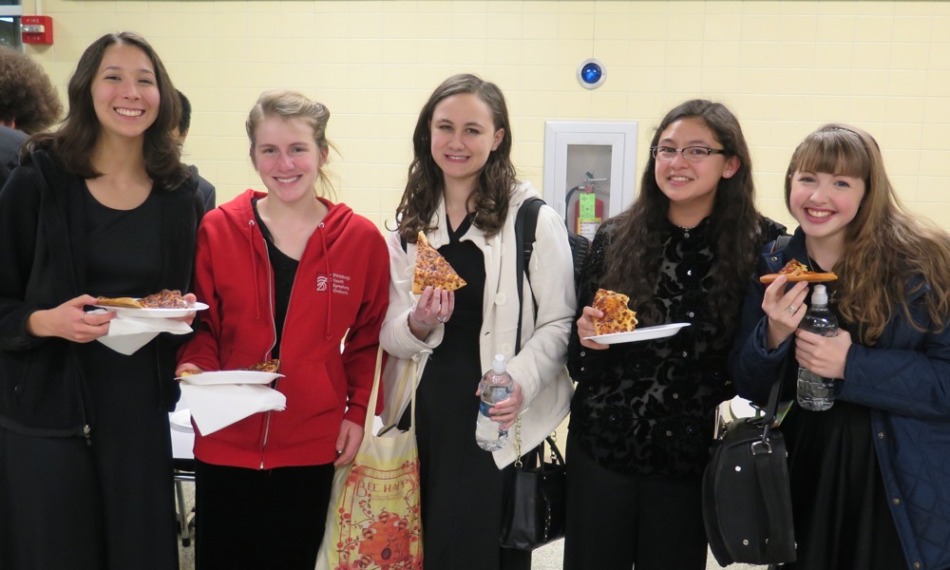 After the concert PYSO members enjoyed a pizza supper and camaraderie, remembering their recent trip to Europe and being “on the road”. 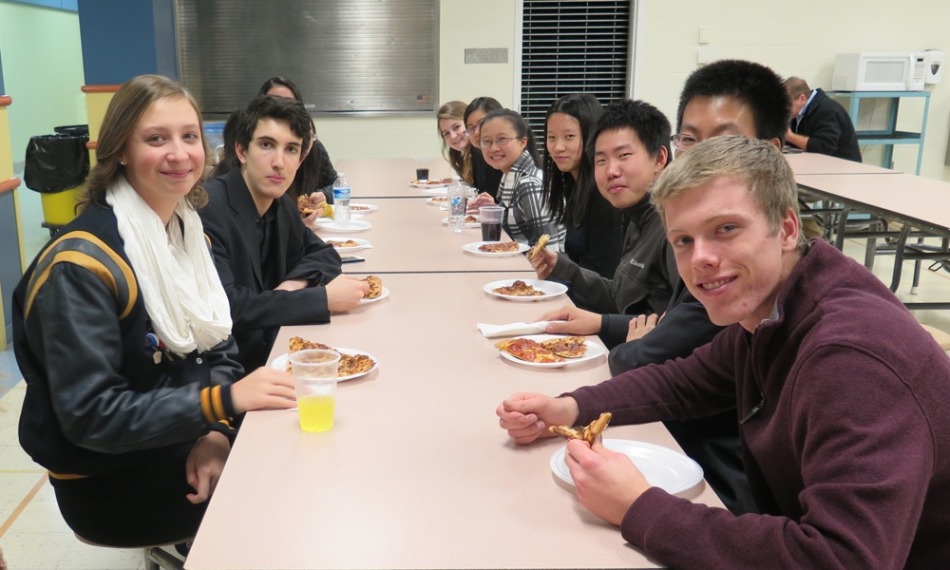 Dr. Steffee thanked Larry Loh for his inspired leadership of PYSO and told him how much he also had enjoyed the recent pre-concert conversation that Larry led with conductor Yan Pascal Tortellier and flutist Lorna McGhee before a recent PSO concert.

From all the Alleghency-Clarion Valley young people who were inspired by your playing – and from parents who thank you for helping them encourage their children to practice – and from local lovers of symphonic music who were thrilled to hear your rousing performance right here in Foxburg – Bravo! to all the musicians in PYSO, Lawrence Loh and Lorna McGhee!

And…a hearty Bravo! to the AC Valley School Board, Superintendent McDeavitt and High School Principal Bill Jordan for their support of bringing arts resources and experiences to AC Valley students and the people of the region. 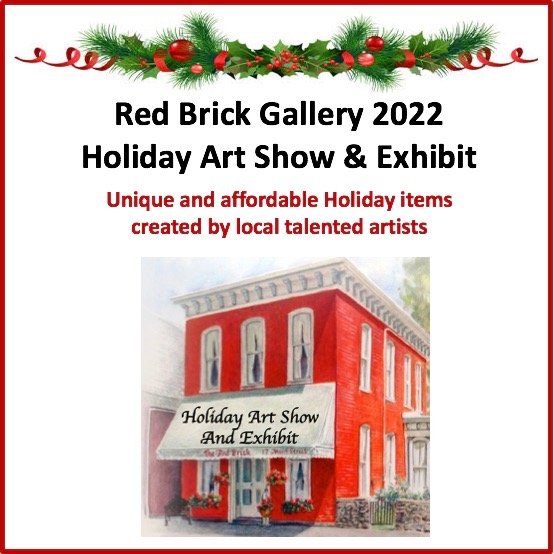 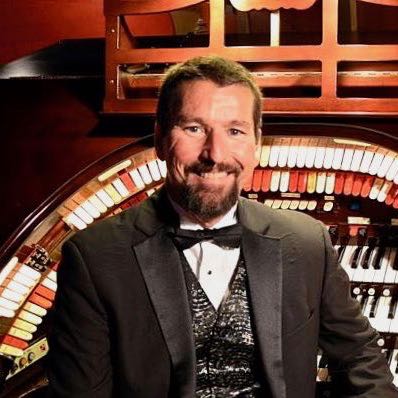